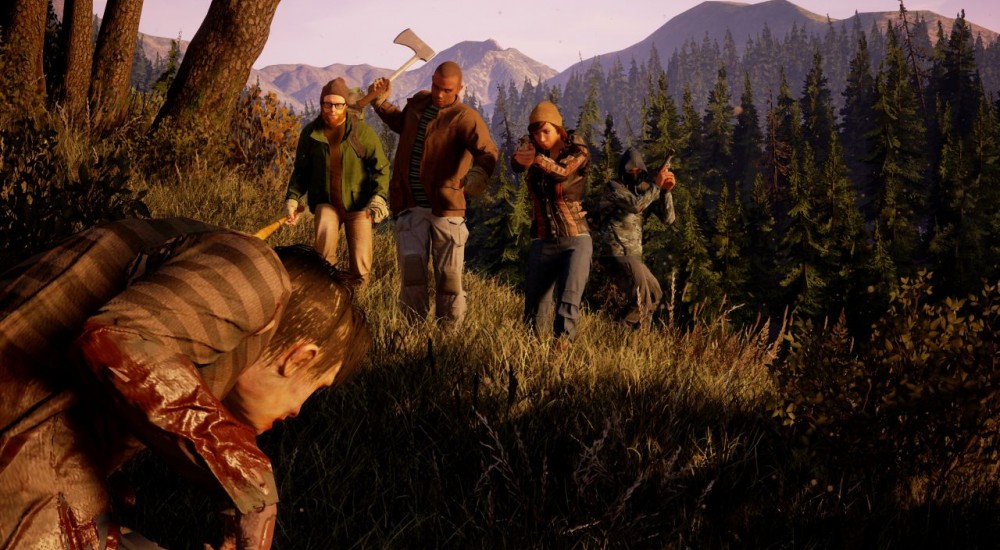 "Wow," I remember thinking when I first gazed upon State of Decay's Steam page, "this has just about everything I'd want in a zombie survival game."  Not only did it allow you to engage in the traditional scavenging, crafting, and defending mechanics found elsewhere in the genre, it also attempted to simulate the humans living within this apocalyptic nightmare and their various relationships.  Unfortunately, it was without any sort of co-op mode, and as such, was tough to imagine fitting into my traditional gaming rotation.

Imagine my (and presumably many others') joy when the game's follow-up was announced to have four player online co-op!  We don't know a tremendous deal about State of Decay 2, aside from a potential 2017 release window, but our friends over at IGN had the chance to speak with the Undead CEO, Jeff Strain, and confirm some new details about the open-world title. You can check out the full article here, but among the highlights are an increased overall scope, a lack of traditional PVP, and the allowance for co-op players to "split up" and accomplish separate tasks.

At the end of the article, Strain (which, incidentally, is a fantastic last name for a developer of zombie games) also mentions the game's transition from CryEngine to Unreal Engine 4.  Among other things, he says that this move has allowed the team to be significantly more efficient in creating content, which hopefully spells good things for both State of Decay 2's release timing and post-release plans.