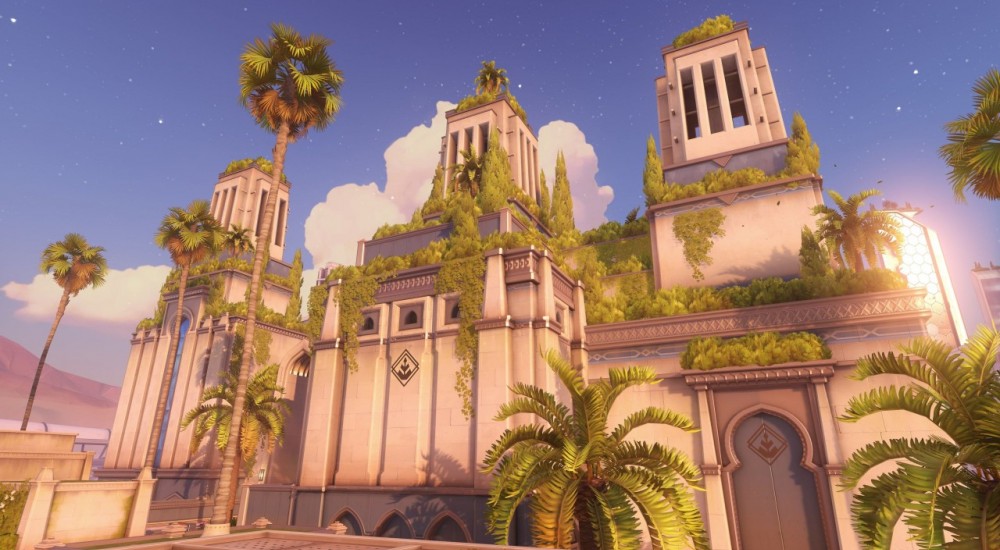 Hey let's all have a great 2017 with a new map in Overwatch! At least, that's what I'm guessing Blizzard was thinking?

With the "Winter Wonderland" event drawn to a close, fans of Blizzard's team-based shooter need something to occupy them until the next themed event. I'm guessing it'll be Valentine's related. Anyways, the new map is set in the Arabian Desert and features some nifty looking flying cars and, like, a scarab-boat thing? That's not in the official write-up, of course, which has this to say:

A monument to human ingenuity and invention, researchers and academics from around the region came together to found a city dedicated to scientific progress without restraints. The city and its inhabitants are governed by the Ministries, a collection of brilliant minds who possess many secrets, which have attracted the interest of powerful organizations from around the world.

The new map is available across all Overwatch platforms, i.e., PC, Xbox One, and PlayStation 4, and is playable in the game's co-op friendly "Play Vs A.I." mode.