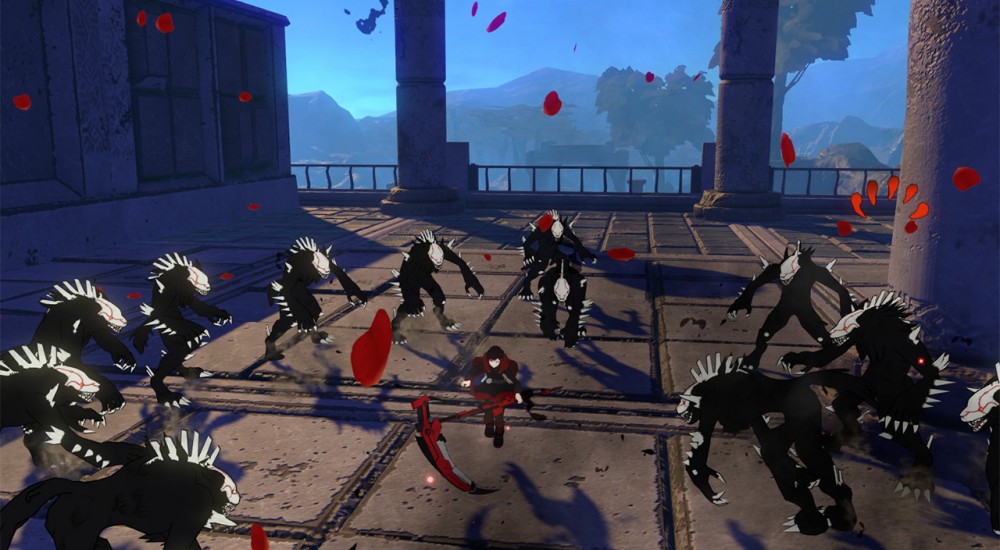 RWBY: Grimm Eclipse, originally a passion project created by a fan of the Rooster Teeth web series, officially released last July on PC. A Mac version soon followed. Last week, console fans finally got their chance strap on their Hunter and Huntress attire, with developer Panic Button bringing the game to Xbox One and PS4.

RWBY: Grimm Eclipse is a hack-and-slash action game that takes place in the world created by the massively popular RWBY web series. The base game allows up to 4 players to take on the roles of team RWBY (Ruby, Weiss, Blake, and Yang) as they traverse a brand new story in the game's Campaign Mode. The story takes place between Season 2 and Season 3 of the show. The game also has a Horde Mode where players defend security nodes from endless waves of enemies.

For die-hard fans of some of the show's other characters, Team JNPR is available as either separately purchasable DLC ($4.99) or part of a bundle ($22.99). This DLC adds all the members of Team JNPR (Jaune, Nora, Pyrrha, and Ren) as playable characters to the game.

Sony is also running a special promotion with the game. Anyone who purchases the game between now and January 31st on PS4 will receive an exclusive "Grimm Beowulf" Dynanic Theme for their PS4 home screen.

RWBY: Grimm Eclipse is out now on PC, Xbox One, Mac, and PS4 with support for up to 4-player online co-op.