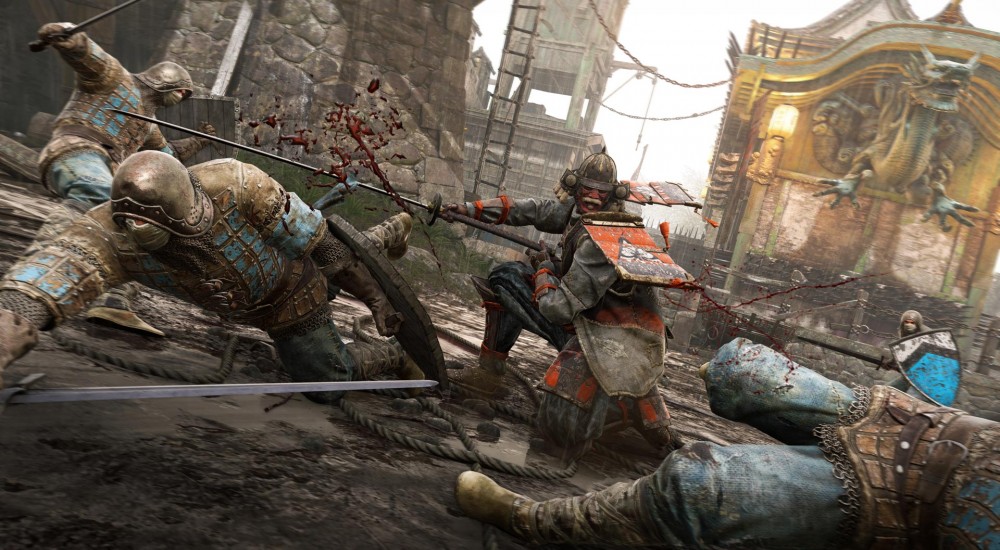 For Honor, Ubisoft's hack and slight combat fighter, is inching ever close to a Valentine's day launch. If hacking the limbs off your opponents sounds like a romantic way to spend the day - good luck finding that card in Hallmark. The latest video for the game gives you an overview of the meta game that takes place.

You'll choose from one of the three factions in For Honor – the Knights, the Vikings, and the Samurai.  From there you'll fight to take control of territories that change the maps, missions, and challenge ahead of you.  From Storming castles and fortresses, to  turning the tide of key battles by defeating deadly bosses in intense duels, the overall goal is to dominate the map and conquer all.

With the game out in just over a week, an open beta is kicking off on the 9th to iron out those last minute bugs and help you decide to drop your cash on this or not.

For co-op players the game's story mode is playable in two player online co-op. Teaming up within the factions to complete the above goals, from everything we've seen, you're in for an intense game of medieval style combat.