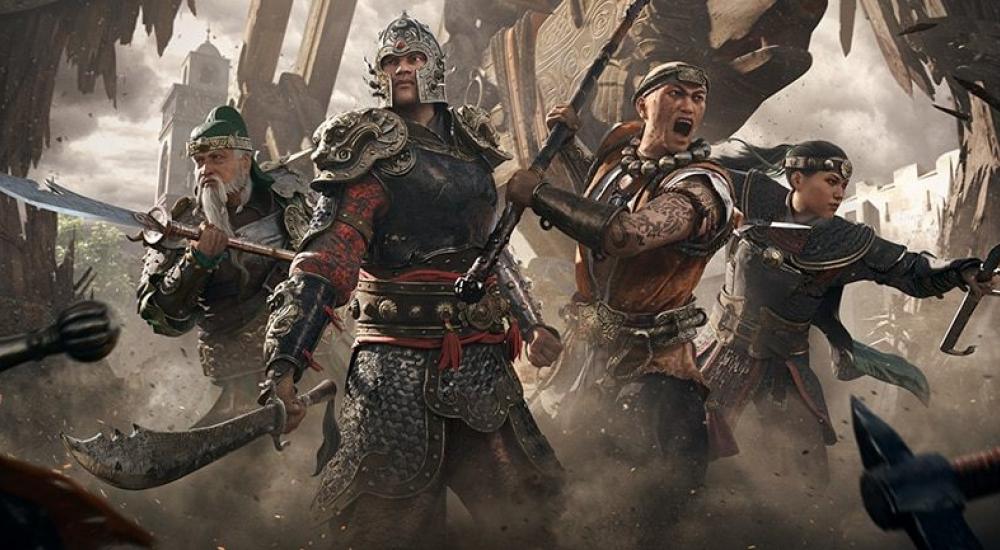 During this year's E3, Ubisoft revealed the next big content update for their action fighting game, For Honor. At the time, the biggest reveal was a new PvP mode (Breach) and a new playable faction, the Chinese. They teased a new PvE mode, but didn't state what that might be. Yesterday, at Gamescom, they finally pulled back the curtain on that mode: 2 player Arcade co-op.

The setup for this mode is pretty interesting. You and another player team up online to take on a series of challenges across a number of chapters. There will be an initial difficulty selection that's based around the gear level of your chosen character (ranging from Common to Legendary), and each chapter will increase in difficulty as you successfully complete challenges. The biggest factor that determines that difficulty is the modifiers, both positive and negative, that are applied to you and the A.I. foes. You may be granted a health boost or immunity to being thrown, but then also have your max health reduced or deal reduced damage. These modifiers are randomized across you and your foes and they will vary depending the initial difficulty you select, and how far you progress.

While this new mode and the campaign are the only modes that are strictly co-op, the Arcade mode will allow you to level up your character and earn gear for them that will carry over into the multiplayer modes, which is nice. Finally, the Arcade mode is available to play now if you pre-order the Marching Fire expansion. You can actually check out a portion of the game now for free on the PC or Xbox One, where the "Starter Edition" is available for $0 until Monday, August 27 on the PC, and until September 15 on the Xbox One. The Starter Edition includes three fully unlocked characters, with a few more that become playable depending on which faction you choose. Check the FAQ for full details.