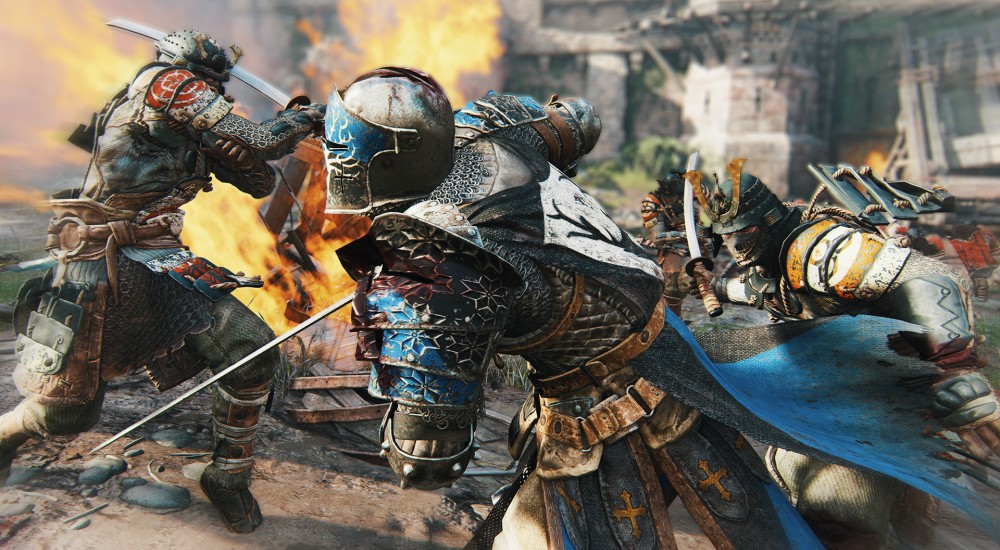 For Honor launched yesterday on Valentine's Day, which only makes sense as it depicts the timeless and tragic love triangle between Samurai, Knights, and Vikings. Its launch was commemorated with a shiny launch trailer and a Day One patch for all players gung-ho to re-enact this classic love story.

The Day One patch solely focuses on fixes and improvements, surely made in response to data collected from the very recently concluded Open Beta. Probably of most interest to players is improvements to connectivity and matchmaking. The full notes are below:

The For Honor launch trailer gets players ready to jump into the world. It has it all: ground-punching, finger-pointing, shield-banging, castle-sieging, and most importantly elephants.

For Honor is out now on PC, Xbox One, and PS4, supporting 2-player online co-op.