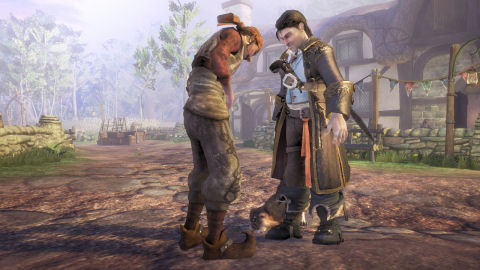 It's true, we had some problems with the co-op implementation in Fable 2.   But that doesn't mean we still don't hold hope that Lionhead could patch or upgrade what's there.  There's two simple fixes really;  a better camera for online play and the ability to bring characters into friends games.

The official Lionhead Developer Blog brings word that after 2.6 million units sold and 66 Million Achievements unlocked of Fable 2, that more downloadable content is on the way.  According to them their team is actively working on some content right now and more information should be coming in the next few weeks.

The previous DLC, Knothole Island, was something we enjoyed quite a bit even though there were no major improvements to the game's buddy system.  Lets just keep our fingers crossed for whatever the next piece of DLC is.