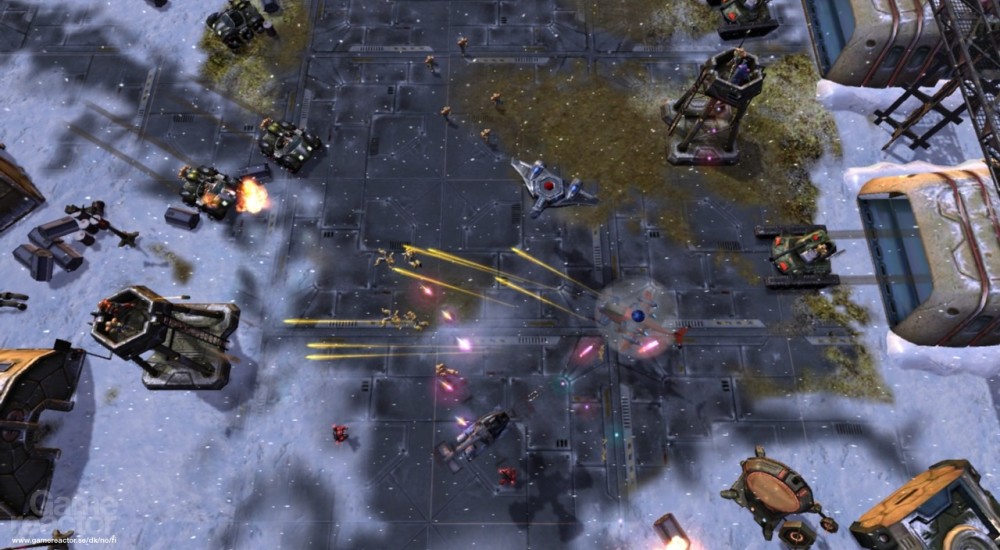 To be honest with you, the setup's not extremely important here.  The world's presumably in trouble, and you and your co-op partner are called upon to save it once again.  By saving it, I of course mean swiveling those joysticks until every onscreen enemy has been reduced to pixelated dust. It's been a number of years since we last spoke about Assault Heroes 2, so don't worry too much if the name doesn't conjure up any immediate emotions.  We reviewed it when the game came out, so if you're curious to see our thoughts from the distant year of 2008, you can check out review of the two player co-op title here.