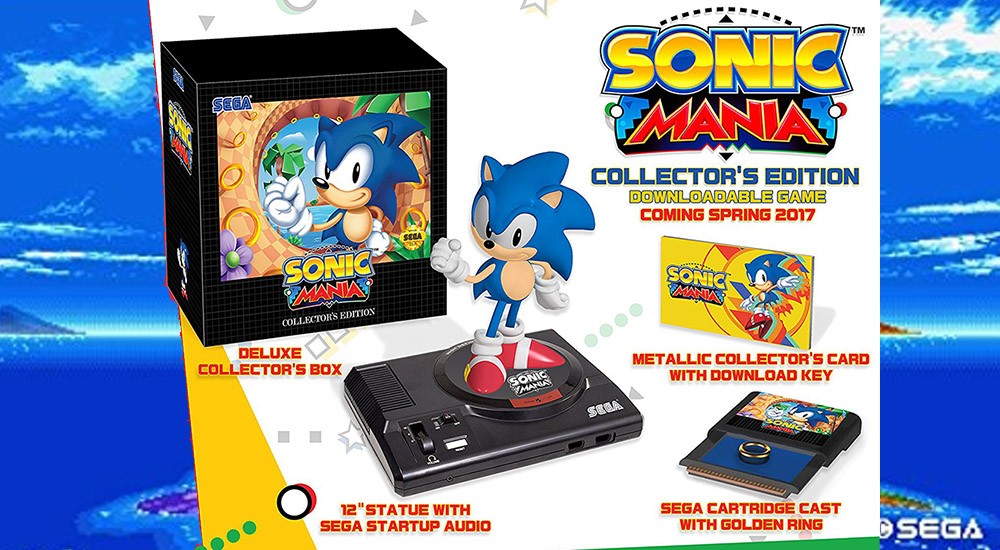 Sonic Mania is a return to the classic game's roots. While those sentences have probably been uttered before, the latest trailers and screens for the game confirm this is a true to life sequel from the very first Sonic The Hedgehog game on Sega Genesis.

Here's how Sega describes the game.

Clearly the game is a fan service and the reveal of the $60 Collector's Edition matches up with that ideal.

I'm in. You can snag the Sonic Mania Collector's Edition from Amazon right now at a discounted rate.

The game will support two player co-op just like Sonic 2. It'll be out on Xbox One, PC, PlayStation 4 and Nintendo Switch on August 15th. It'll be available digitally for $19.99. Here's a video of some gameplay of Tails to hold you over until then.