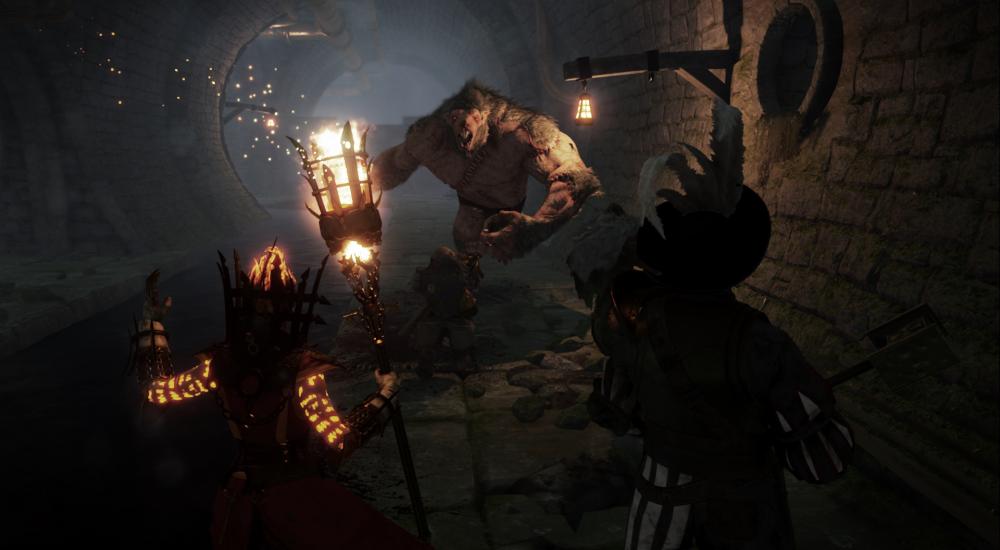 Hard to believe it's been the "End Times" for nearly two years now. I mean, one would presume that the times would, you know, come to an end and not just wait for so long, but that Vermintide train just keeps rolling. Fat Shark's been maintaining interest in the game with some DLC here and there, but they tried something new with the latest release.

"Arrogance Lost" included a number of fixes and balances, along with some new outfits you could buy for $1.99 each, but the biggest feature of this free DLC was a new challenge for all the dedicated players out there. The "Trial of the Foolhardy" was a "secret challenge map buried behind a puzzling veil in the Wizard's Tower." Fat Shark promised that the first team to clear said challenge map would receive the next 5 paid DLC for free. With the puzzle out there and the bounty set, it didn't take the community long to start diving in and trying everything they could to uncover the mystery and claim the prize. A number of discussion popped up in the Steam forum, along with a guide that kept track of everything that was being tried. Finally, the mystery was cracked, a "world first" clear was selected and awarded the prize by the developers last Wednesday, and there was much rejoicing. The guide I linked to earlier contains the necessary steps for gaining access to the map if you and your rat-slaying crew are interested in checking it out for yourselves.

At the moment, the DLC is only available for the PC. It's not clear if or when it will be headed to the consoles, as the mystery of it has been solved, or if they've got something slightly different planned for those versions of the game.

Getting people into a two year-old game is really tough and paid DLC will only carry you so far. These kinds of challenges are a great way to garner some interest and bring folks back in, at least for a time. Hopefully, we'll see more of these offerings from Fat Shark in the future.