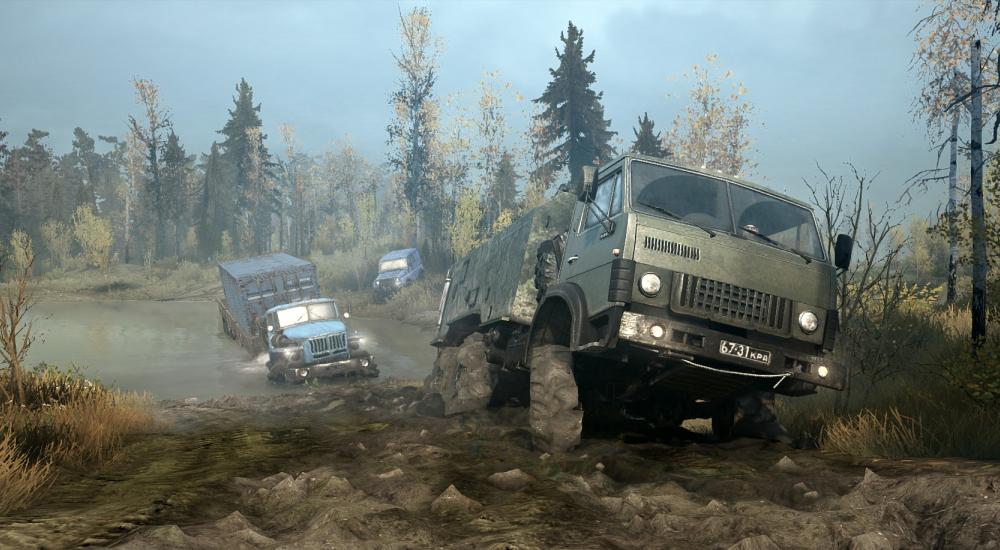 Remember back in 2014 when a quirky little driving/simulation game called Spintires made its debut and everyone was on the "mud and winch" craze? Well, guess what? There's an enhanced edition, Spintires: MudRunner, coming out this October for PC and consoles.

If you're never heard of the title before and wondering "just what is this thing," it's ok, you're not alone. Without a doubt, the big appeal to Spintires was the mud physics that could trap your vehicle in a mire of Siberian swamp. Sure, you ostensibly had the task of going around picking up lumber and delivering to various places around the map, but that's not why people played it. Spintires: MudRunner is more of the same, but with a few new features, like an open-world/sandbox map, a new Challenge mode, new vehicles, and improved graphics.

Spintires: MudRunner will be out sometime this October for the PC, PlayStation 4, and Xbox One. It will support four player online co-op in each of the game modes.