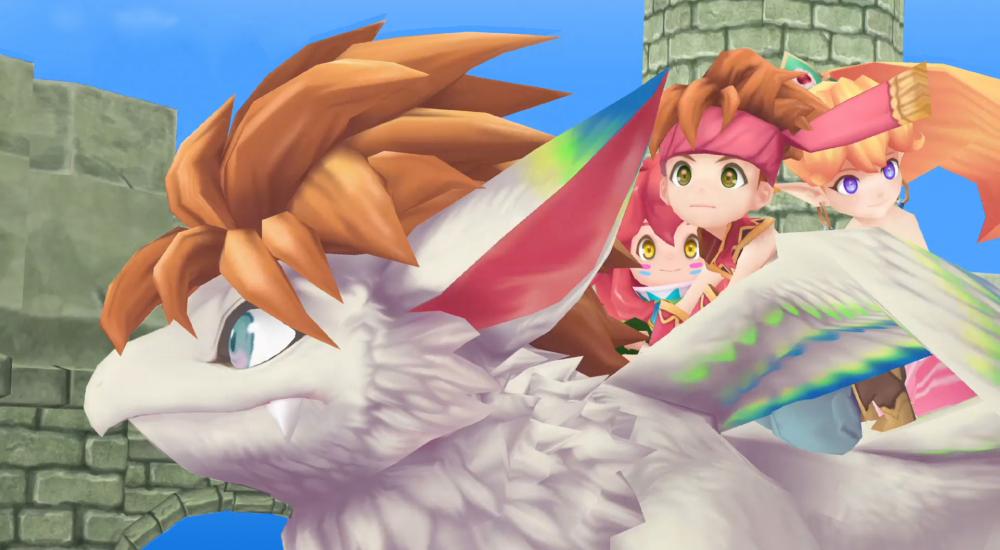 A favorite co-op title amongst many of the Co-Optimus staff is the SNES classic, Secret of Mana. If you were one of the many folks that were unable to procure a SNES Classic Edition amidst all of that furor on Tuesday, then don't worry, you'll have a chance to play this outstanding title again. Square Enix just announced a remake will be arriving for PC, PlayStation 4, and Vita on February 15, 2018.

This 3D remake of the game will feature a newly arranged soundtrack, enhanced visuals, and voiced characters. Based on the voice of the main protagonist in the trailer... that last one is... well, maybe the Japanese voice actors will be better or you'll be allowed to just turn them off altogether. While it sounds like the gameplay has been "upgraded" to match with modern aRPGs, you'll still be able to enjoy the title with a couple of friends locally.

Go ahead and circle the date on your calendars, now. February 15, 2018, Secret of Mana, get hype!