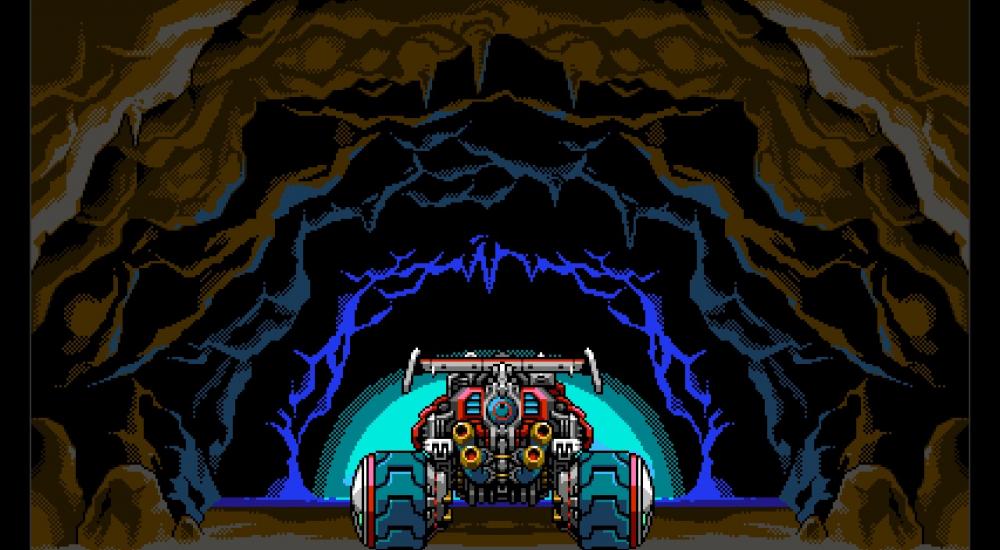 Inti Creates' homage/remake of the original NES Blaster Master, Blaster Master Zero, has received a new update that adds a new "Boss Blaster" mode. Best of all, it also adds a co-op version of this mode that allows two players (locally) to work together to tackle all those baddies.

The title does support two player couch co-op throughout the campaign, though it's worth noting that the second player is assigned to a "support role." They cannot control the main characters (Jason and his vehicle SOPHIA III) or affect weapons/upgrades for them, rather they control an on-screen cursor that can help block incoming bullets and take out some weaker foes. On the plus side, being helpful fills up a special gauge that then allows player two to drop recovery items for player one, so there is some co-op involved at work here.

With the new "Boss Blaster" mode, though, player two gets to take a far more active role in the action. They can control a character of their own (either Jason, or any of the DLC "EX" characters available for $1.99 each) and team up with the first player to face off against all the title's big bads.