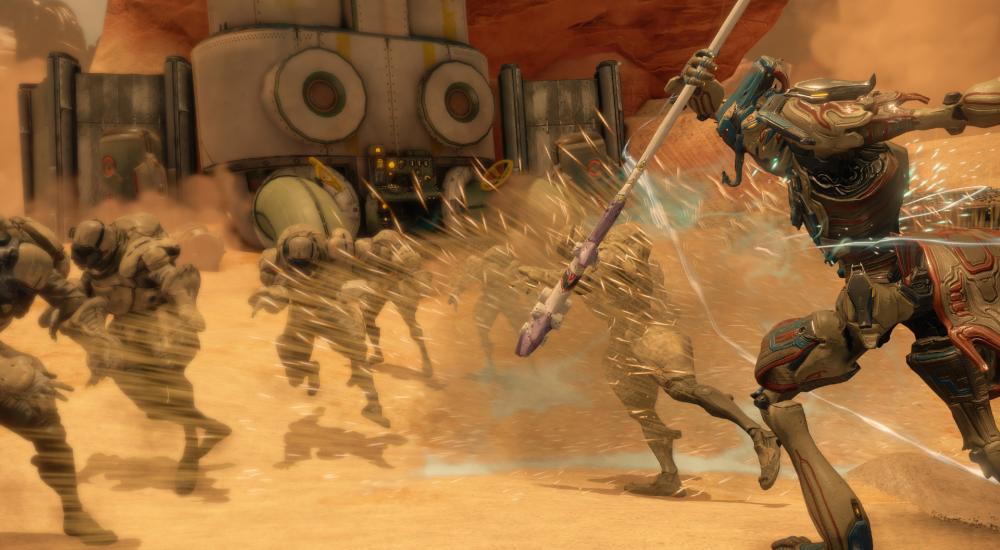 Last week, the regular Monday night Co-Opticrew dove back into Warframe to see what had changed since the last time they ran around in it, and also to get ready for the "Plains of Eidolon" update that arrived last Thursday. This week, Mike and Jason did a quick tour of the Plains, before things got a little hectic.

Apologies in advance for the break in the middle where my kid decided to not only not sleep, but also to make a messy diaper. Parenthood is great, but there are some times...

Anyways, Mike and I both are really enjoying the new update and it's great to see Digital Extremes try something new with the four year old game. It's not without some issues, like having to run back to the city to turn in a completed bounty and pick up a new one, but on the whole, it's something I'd like to see done with more of the planets in the game. Having a central city/hub area and an open zone for players to run around in is pretty different from the rest of the game and offers up some variety from the usual mission grind.

The "Plains of Eidolon" update is currently only available on the PC. It will arrive sometime next month for the PlayStation 4 and Xbox One versions of the game.