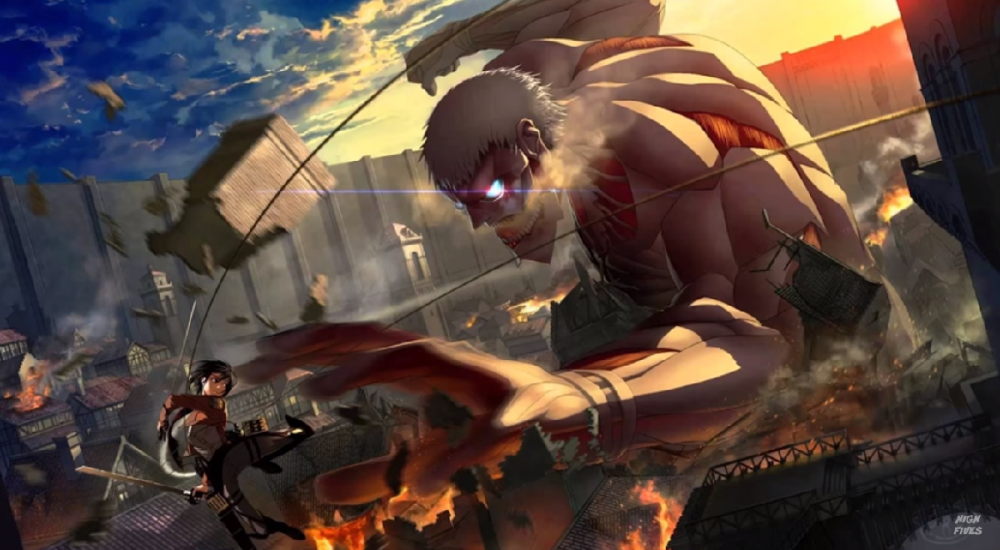 Starting today, at this very moment, you can swing around, gawk at, and slay naked giants in Attack on Titan 2.  Let's be honest with each other, who among us wouldn't take that opportunity?  In my opinion, naked giants have had it too good for too long.  It's time to really show them what's what.

Perhaps, for whatever reason, you're not quite as convinced.  No worries!  Check out these two new videos from KOEI and see how you feel afterward.  There's over an hour of footage between the two, so if you fully watch both and are still feeling ambivalent... well, no one can say you didn't give it the ol' college try.

The first, and by far shorter, of the two is the game's opening cinematic.

Next up is a pre-launch livestream hosted by two of the game's voice actors - Yui Ishikawa and Hiro Shimono.  There's a lot to it, including quite a bit of actual gameplay, and while it's entirely in Japanese, KOEI has graciously included English subtitles to guide us through its sixty-six minute runtime.

Again, the game is out today on PlayStation 4, Xbox One, Nintendo Switch, and PC.  If you think you might enjoy four player online co-op focused on, well, attacking titans, it's worth checking out.