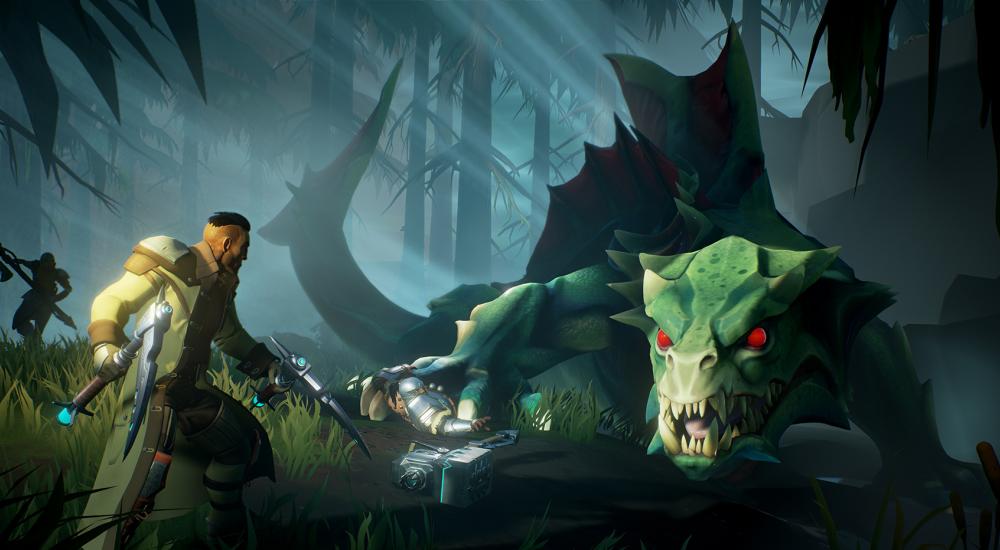 The days of paid entry into Phoenix Labs' action-RPG, Dauntless, are coming to a close. On May 24, the title will shift from Closed Beta to Open Beta and will be available for all to play. If you're tired of those Tempered pickles in Monster Hunter, then now may be good time to take on some Behemoths instead.

We've covered Dauntless a few times in the past, and Tally even wrote up some impressions of the game last fall when it first entered Closed Beta. All in all, we found the game to be more approachable and easy to hop into than Monster Hunter (though World did a lot to address those particular issues). I haven't spent much time in it since that stream, but after playing a lot of Monster Hunter World this past month and a half, I'm curious to dive back in and check it out again. I'm always up for a good hunt!

Though it will be in "Open Beta," the title will feature some in-game purchases (it's a free-to-play game, after all). The developer, though, is committed to only selling cosmetic items for real-world money and included this in their press release:

The Dauntless Open Beta will be available as a free-to-play experience with an in-game store supported by a variety of cosmetic and vanity items. Phoenix Labs has ensured there are no paywalls or pay to win mechanics in the Dauntless experience, and players will not be able to purchase any form of loot boxes.

Dauntless is available on PC. If you're interested in joining the Open Beta, then all you need to do is wait until May 24 and head over to the official website to download the game. You can hit up the website now to get first dibs on your Slayer name (I believe "BeheMOTHSMoreLikeBeheBUTTERFLIES" is already taken) and, of course, you can still join the Closed Beta now by buying one of the Founders' packs. Four player online and LAN co-op are supported in the various hunting missions upon which you can embark.