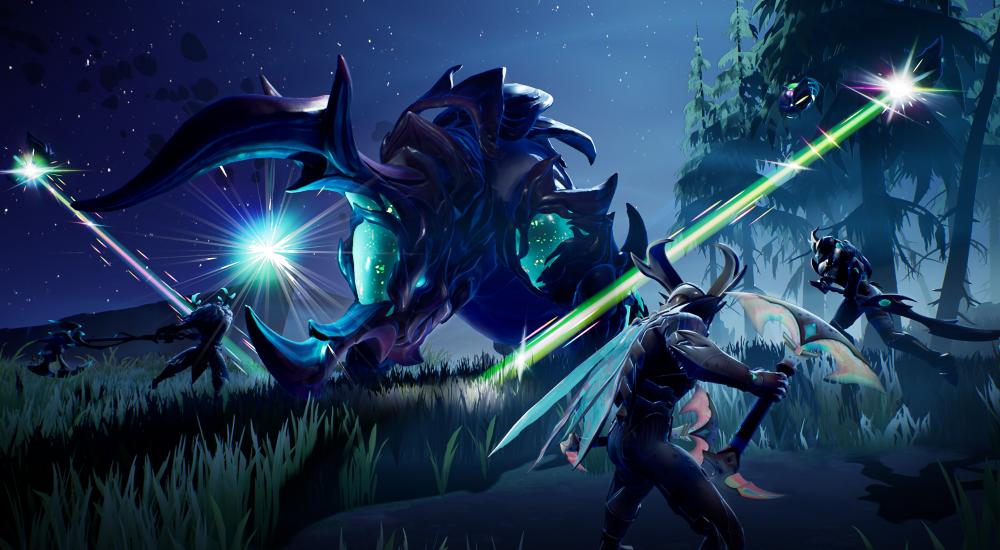 Today, Phoenix Labs' vision of "One Dauntless" comes true as the action-RPG title is now available on PlayStation 4 and Xbox One, AND it supports full cross-play/cross-progression with those consoles and the PC version. Playing on the PS4 but a couple friends are on the PC and another is on the Xbox One? No problem. Get out there and hunt those Behemoths with whomever you want on whatever platform you want.

This achievement is something Phoenix Labs has been working on for quite some time and the fact that they somehow made it through Sony's draconian cross-play measures is a feat in itself. With update 0.8, you can link your Epic Games account to your Xbox One and/or PlayStation 4 accounts and then you'll be free to play the title anywhere you want!

IMPORTANT NOTE: if you have played Dauntless on the PC and wish to link accounts, you need to do that BEFORE you set the game up on the PS4 or Xbox One. You can check out the full details on their "Account Linking Guide."

Never played Dauntless? No problem! If you like Monster Hunter or GOD EATER, then you'll likely enjoy Dauntless; it is very much in the same aRPG vein. You'll track down large creatures (called "Behemoths"), defeat them, and then use their remains to craft new weapons and armor to use for your next hunt. The title definitely leans more towards the "action" side of action-RPG as the different weapons have combos to use and you'll have to do a fair amount of dodging to avoid Behemoth attacks.

Returning to Dauntless? There's likely been a number of improvements and updates since you last checked in, including new Behemoths to hunt, improvements/tweaks to various systems, and more. You can check out that latest patch notes and all the previous one here. There's also a Hunt Pass (similar to what titles like Fortnite, Apex Legends, and DOTA 2 are doing) with a number of cosmetic rewards for leveling it up.

Dauntless is now available on PC, PlayStation 4, and Xbox One. Four player online co-op is supported throughout. A Nintendo Switch and mobile versions of the game will be coming at some point in the future.