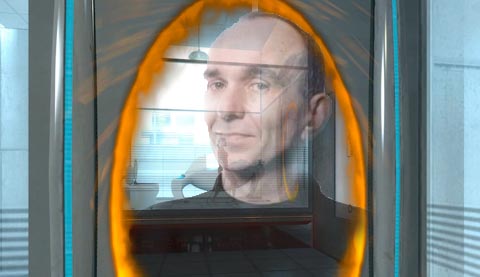 Peter Molyneux is a lofty game designer.  His ideas are always very big and usually pretty innovative.  At the recent Game Developers Conference Mr. Molyneux sat with IGN and discussed his idea for a game that sounds a lot like Portal, an idea he had four or five years ago.

The really interesting concept here is the portals are connected online, so that going in one portal may come out to another players portal.  Players could then work together to solve puzzles.  In Peter's proof of concept, players could even drop one portal into another where they became self replicating until...well lets just say don't cross the portals.

This concept is actually going to be used to some degree in an upcoming game, but that's all Peter would tell.  We'll keep an eye on this one for sure.