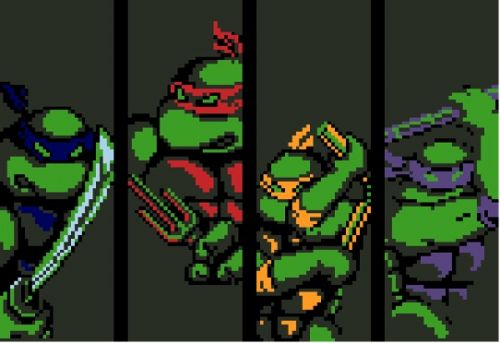 Rocksteady's Batman: Arkham City was pretty ace, but there was a certain something missing - co-op! Robin was there, so was Catwoman, but rather than teaming up with the Dark Knight, they had their own adventures. With the success of the Batman games behind them, it makes sense for Rocksteady to stick with DC, but new rumors have dropped like a hero in a half (bomb)shell. Could Rocksteady be developing a Teenage Mutant Ninja Turtles game? And will it be co-op?

The latest Turtle based rumors are fresher than a newly mutated amphibian as it slides from the ooze, but that does not stop Co-Optimus dealing in a little rumor control because an updated Turtles game with co-op would rock. There have already been some 4 player TMNT games e.g. Turtles in Time and TMNT: The Arcade Game, but the latest game based on the characters was TMNT and that featured all four turtles, but no co-op play.  With four distinct characters, if you call 4 similar looking creatures with different colour eyewear distinct; co-op  makes perfect sense.

paulgalenetwork has produced a few bullet points about the rumored game based on the world's most fearsome fighting team. Perhaps the most telling statement is that there is no news on multiplayer yet:

- Teenage Mutant Ninja Turtles: Manhattan Crisis is the alleged name of the title.

- Leonardo, Donatello, Raphael, and Michelangelo are the four playable characters, each with their own varied move set and weapon of choice (sword, bo staff, sai, and nunchucku…respectively).

- Classic characters such as Bebop and Rocksteady (warthog and rhinoceros), Dr. Baxter Stockman, Shredder (Oroku Saki), and Krang act as bosses and in the case of the humans-turned-mutants, you fight them in both forms throughout the story.

- The Turtle Van and Turtle Blimp will be present and with them and other gadgets, the Wii U build is expected to have touch screen controls for specific actions.

- Graphics engine used is that of Arkham City.

- The game is expected to be more dark than slapstick, but the turtles themselves and their interactions with the Foot Clan, bosses, and story characters like April O’Neil and Casey Jones will still have comedy attached.

- Purportedly being in development for Wii U, Xbox 360, and PlayStation 3.

A game that looks and feels like Batman: Arkham City, but with 4 co-op Turtles sounds like a great idea to Co-Optimus. With Transformers: Fall of Cybertron having no campaign co-op and the Care Bears game nowhere in sight, isn't it only fair that we get a new co-op cartoon adaptation?

Which classic cartoon do you think is ripe for a co-op game?