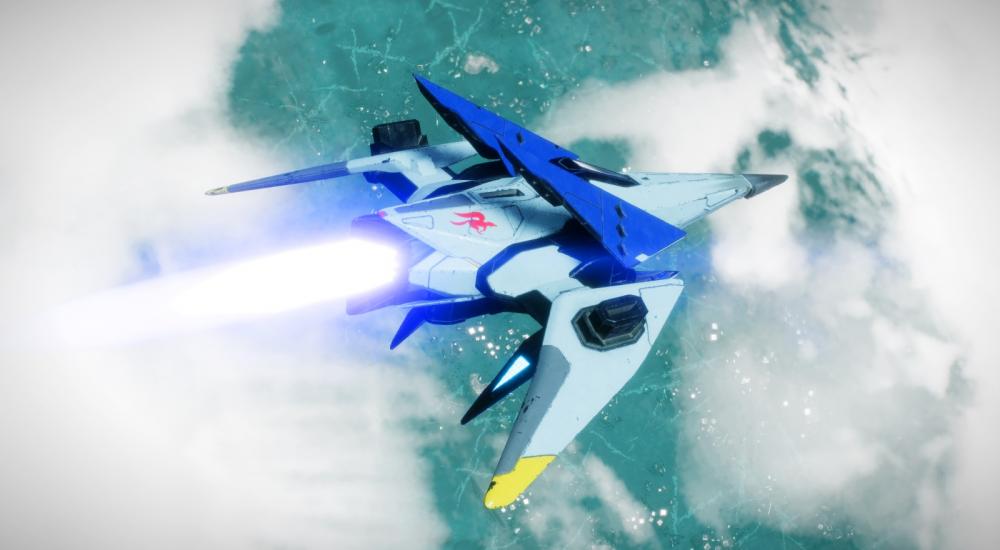 Last year, Ubisoft revealed a surprising partnership with Nintendo that lead to Mario and Rabbids Kingdom Battle. Yesterday, they announced they're teaming up again for their forthcoming action toys-to-life title, Starlink: Battle for Atlas. The core conceit here is you pick a pilot, a frame, wings, and guns, and assemble your own ship to play in the game. If you pick it up on the Switch, you can do all that with Fox McCloud and his Arwing.

We weren't sure if the title would have any co-op when it was first announced during E3 2017. Fortunately, it appears Ubisoft has clarified the matter in the FAQ page on the official website. The title features two player drop-in/drop-out couch co-op throughout the game. Both players can pilot and play the same starship (player one scans it into the game, and the second player can choose to control it), or the second player can hook up their own Starlink dock to a controller and scan in their own ship. It's worth noting that you don't have to buy any physical ships (outside of the one that comes with the requisite Starter Pack) as Ubisoft will be offering a variety of ships to purchase digitally.

If you decide to go in on this venture, here's what you'll get with the Starter Packs for either the PlayStation 4 or Xbox One versions ($74.99 retail):

If you opt for the Switch version ($74.99 still), then you'll get all of the above plus Fox McCloud and his Arwing, however, the Zenith starship will only be available in-game as a digital ship (there will be a code for it in the retail package).

After the game launches, there will be a variety of packs to buy, including Starship packs that have a pilot, ship, and weapon, and a Co-Op Pack that provides you with an additional ship mount for a controller so a buddy can scan their own ship.

While the whole toys-to-life genre has severely waned over the past couple years, Ubisoft's venture into this is rather interesting given the whole modular aspect, as well as the ability to acquire ships digitally instead of physical only. I'll be curious to see how this works out for them.

Starlink: Battle for Atlas will launch on the PlayStation 4, Xbox One, and Nintendo Switch on October 16, 2018.