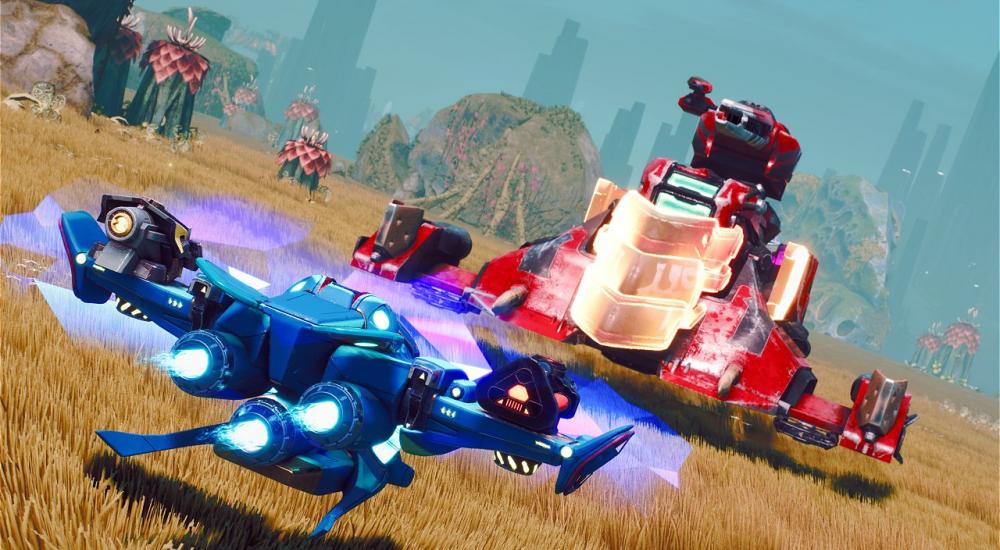 Starlink: Battle for Atlas, Ubisoft's sci-fi action title, has been available on consoles since October of last year.  While it initially featured some optional toys-to-life elements, the developers recently confirmed that portion of the game is being discontinued.  Fortunately, though, that doesn't mean Starlink is done getting new content.  Not even close.

On April 30th, two new content packs will be available:  one free and one paid.  The free expansion, Crimson Moon, adds vehicle racing and wave-based coliseum battles, as well as new Outlaws to hunt down, a quest revolving around the Celestial Anvil, and brand new paint jobs for your vehicles.  The new trailer shows all this content in action.

On the paid side of things, Starlink will be adding five new pilots, eleven weapons, and three starships.  This content will be available for all three consoles, but Nintendo Switch owners will have just a bit more paid content available in the form of additional Star Fox missions.

Last, but certainly not least, April 30th also marks the day that Starlink arrives on PC.  According to Ubisoft, the PC version will be up-to-date with the consoles in terms of available content.

Starlink is currently available for Nintendo Switch, PlayStation 4, and Xbox One.  It offers local co-op for two players.  If you'd like to know more, be sure to check out our review.