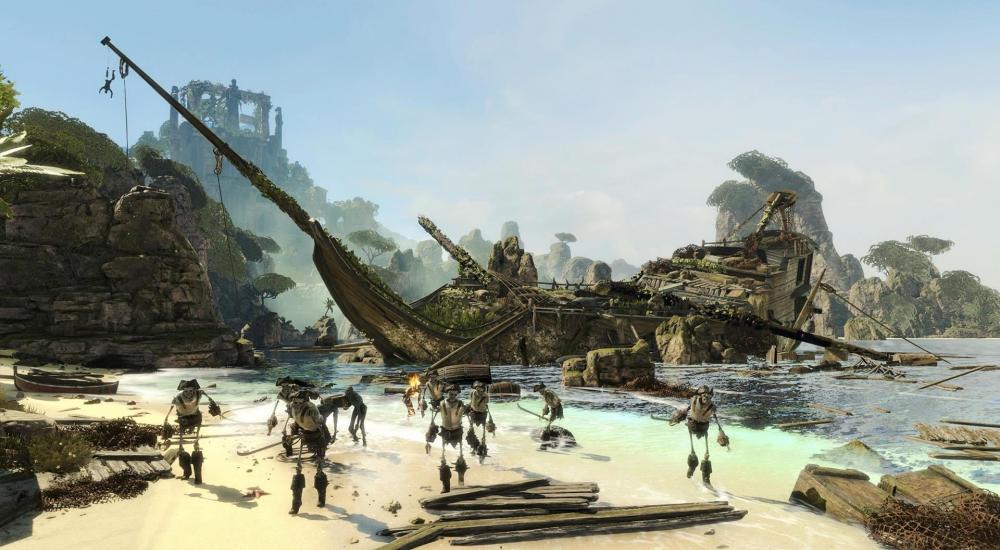 I bet all you Strange Brigade players out there are feeling pretty good about yourself right now.  You've beaten the main game, attained a respectable point total in Score Attack, and gotten some sweet new items.  More than likely, you're just minutes away from resting on your dang laurels.

Well, Rebellion is having none of that, as the first of the game's DLC campaign missions has arrived, alongside some new maps and a brand new character.  Titled "The Thrice Damned Part 1: Isle of the Dead", this initial mission takes players to a Mediterranean pirate settlement that also just happens to contain hordes of the walking dead.  You probably know what happens from there, but if not, check out the launch trailer:

As mentioned in the trailer, a new character was also released via the "American Aviatrix Character Expansion Pack".  Tessie Caldwell's her name, and using her submachine gun, pistol, and magical powers on skeletons is presumably her game.

Owners of the game's season pass will receive both Tessie and the new mission for free, but both can also be bought individually by anyone who isn't feeling like committing to a full season's worth of content.  Finally, it's worth mentioning that the Tunnels map is now available in Strange Brigade's Horde Mode, and the Cursed Village II and The Towering Temple II can now be played in Score Attack.  All three additions are freely available.