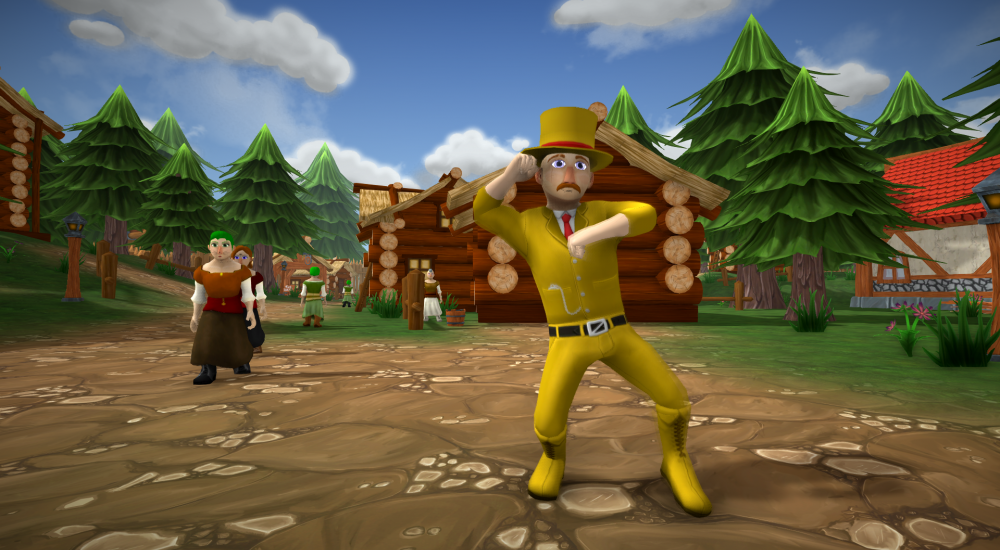 Ah, capitalism, the only economic system based around picking yourself up by your bootstraps, earning the sweat of your brow, and things such as.

All those ideals and more come to the fore in Shoppe Keep 2, a game that seems to revolve around balancing budgets, fighting wolves, and hammering tables until they magically become better tables.  The fantasy management simulator has been in Steam's Early Access program since May of this year, so naturally, updates are constantly floating in.  This month's update adds orcs, elves, new levels of the blacksmith and alchemist buildings, and a few other quality of life items, all laid out in its very own trailer, below:

Cooperatively speaking, Shoppe Keep 2 allows up to four online players to work together on their march towards unfathomable riches and sensible bookkeeping.  It's currently available on PC and, according to the game's Steam page, the developers plan on putting out a full release around May of 2019.

When done right, management and shopkeeping games can be a blast, but very few of them have any sort of co-op gameplay.  Let's hope Shoppe Keep 2 can fulfill both of those areas in the near future.