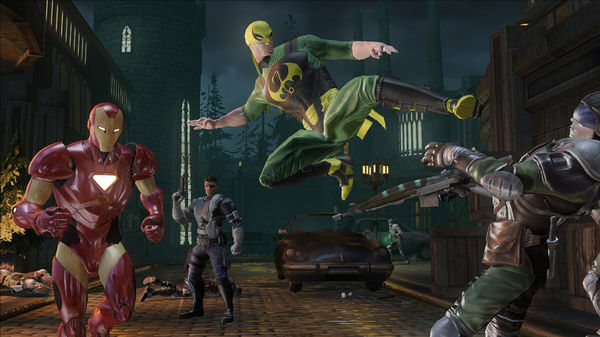 The Marvel Universe is vast to say the least. With that vastness comes many options for character inclusion in a game like Marvel: Ultimate Alliance 2. Next up on that guest list is Iron Fist! Or, as the comics refer to this very classic 1970's superhero, The Immortal Iron Fist.

There are two dozen slots open in the character list, and the unveiling has just begun! Having this many playable characters is a great way to keep variety in the game, especially with such varied powers to be fused together! Up to 4 players can choose between these 24 characters to mix and match as they please, in what may be one of the most impressive co-op features I've seen!