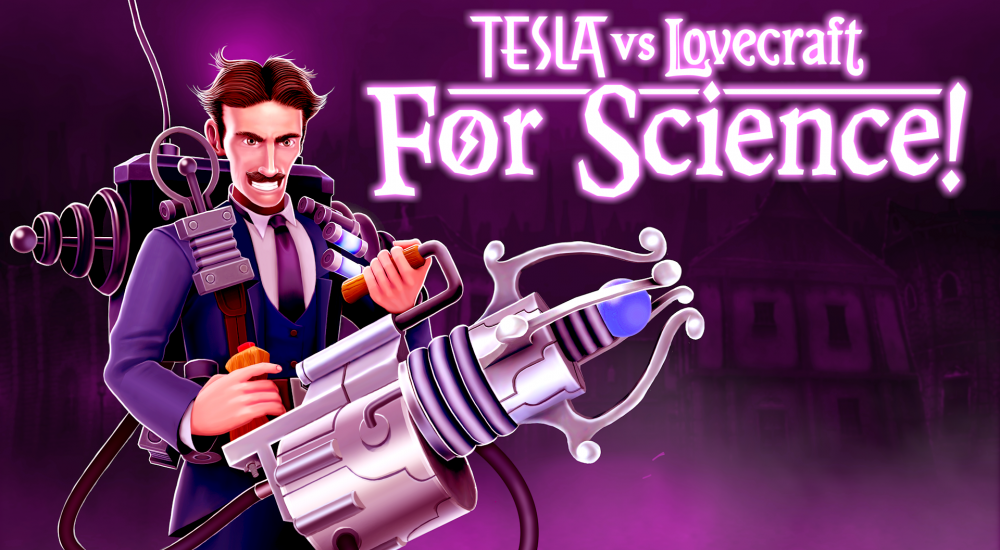 Tesla vs Lovecraft, the top-down twin stick shooter from developer 10tons, has been festering in our collective stomachs since its release in January of 2018.  Its nutrients have almost been fully absorbed at this point, so it's a good thing the game's next course is coming our way in early December.

"For Science!" serves as TvL's first paid DLC and, at a $5 price point, adds the following to the base content:

Want to see it in the form of a fancy moving picture?  Check out the trailer below:

The DLC will come first to Steam, but the Xbox One, PlayStation 4, and Nintendo Switch versions of the game will also receive it at a later date.

If you're interested in checking out Tesla vs Lovecraft's four player local co-op, you may want to read our review of the game to see whether or not it's up your alley.