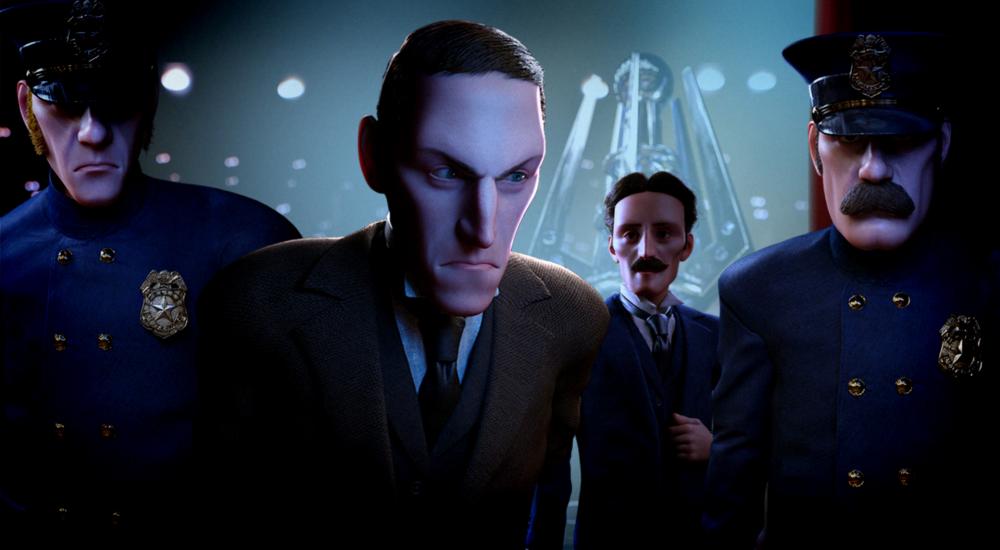 While Housemarque may have left the arcade twin-stick shooter market, fellow Finnish developer 10tons is still in it. Their latest title, Tesla vs Lovecraft, is available right now on the PC via Steam and supports four player local co-op.

While the developer's past couple titles have been variations of the cyberpunk idea and played around with some different gameplay mechanics, Tesla vs Lovecraft is a little more in-line with their most famous shooter: Crimsonland. Rather than progressing through a series of levels, you'll be dropped into an arena and will have to take down all of the Eldritch horrors you can. As you kill Lovecraft's minions, you'll level up and earn new perks (such as doing increased damage, or firing more bullets per shot) that will be used for the rest of the time in that arena (i.e., once you beat the arena or die, they go away). There are also permanent perks/upgrades that you can acquire by completing daily challenges.

Though it's only on the PC for now, the game will eventually find its way onto other platforms, such as Xbox One, PlayStation 4, and Nintendo Switch. It's also on sale (15% off) until February 2, so if this kind of thing tickles your fancy, now's the time to get on it!