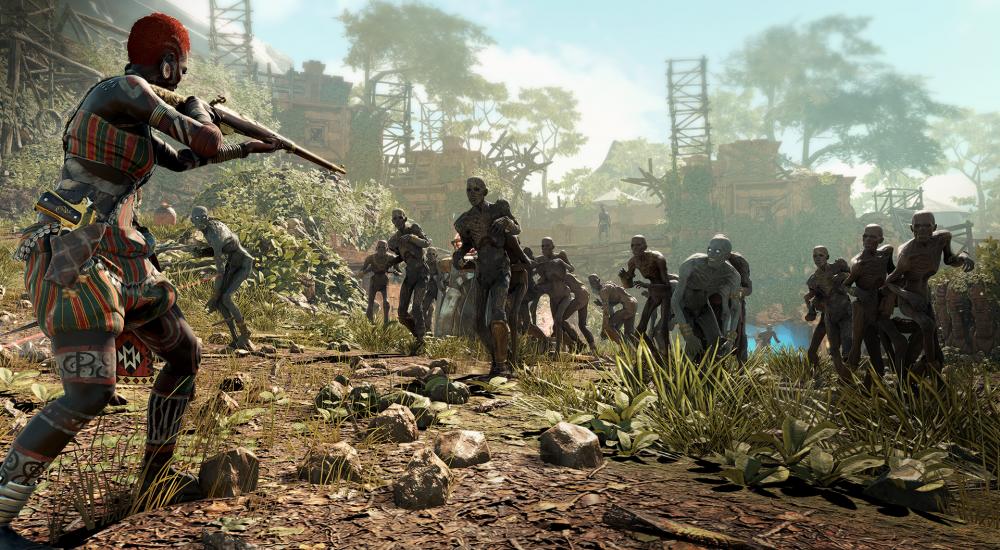 Strange Brigade, Rebellion's co-op third person shooter, is currently in the midst of receiving a trilogy of paid DLC packs comprising the globe-trotting "Thrice Damned" storyline.  We'll touch on the finale of that storyline momentarily, but for now, let's focus on a couple of free additions that are available as of today (November 26th).

First, we've got the Photo Mode.  A popular addition to modern games, this mode allows players to halt the action and set up the perfect snapshot of whatever awesome moment they've happened upon.  A number of sliders allow you to adjust things such as aperture and FOV.  Naturally, filters are also available to provide the perfect frame for your shot. Getting some sweet photos is all well and good, but for those more interested in testing themselves on the field of battle, Extreme Mode substantially ratchets up the game's difficulty in order to force players to think a bit more tactically about how they're going to survive.  Speaking of modes, Rebellion has also added the "Great Pyramid II" and "Afterlife II" maps to the Score Attack Mode and the "Void" map to the Horde Mode.

If you've been keeping up with the aforementioned "Thrice Damned" storyline, then the wait is nearly over, as the campaign's finale will be out tomorrow (November 27th).  Titled "Thrice Damned III: Great Pyramid of Bes", the new campaign mission will accompany another new character pack featuring the Maharani Huntress.

Featuring online co-op for up the four players, Strange Brigade is out now on Xbox One, PlayStation 4, and PC.