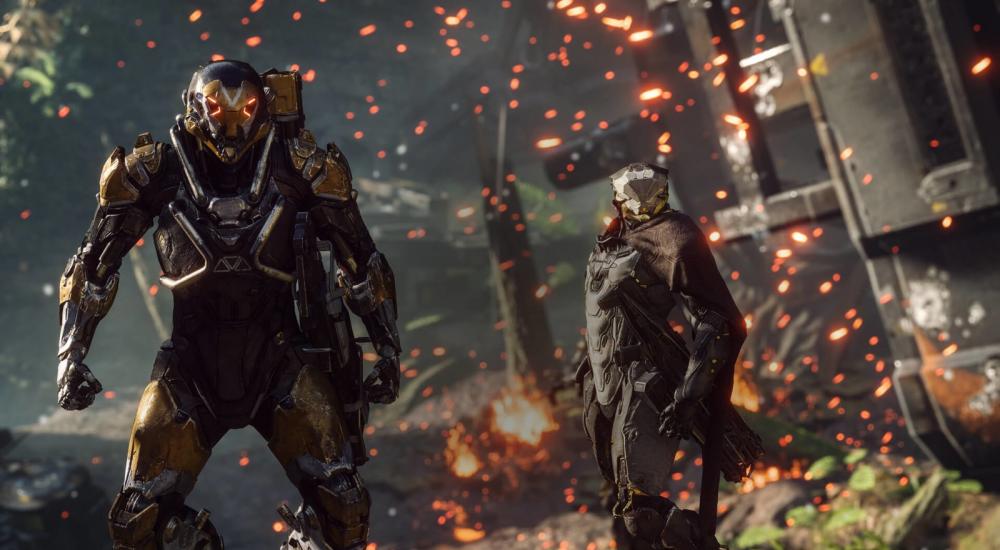 Looking forward to playing Anthem next month but worried that you won't have enough friends to tackle some of the harder content? Then there's some (potentially) good news! Ben Irving, Lead Producer on the game, confirmed a few days ago that matchmaking will be supported for "every activity in the game."

One of the biggest issues when it comes to these kind of open/shared world games, which includes MMOs and Destiny, is that if you don't have enough friends for some of the activities then you're a bit out of luck. Different titles have found different solutions, such as the "Dungeon Finder" in World of Warcraft, so players don't have to spam General chat with "Looking For Group" requests, but the ideal solution is to have matchmaking readily available for anything that requires a group of players. With this Tweet from Sunday, it appears Anthem will be going down that optimal path and automatically pairing you up with additional players for whatever kind of trouble you're attempting to get into (i.e., missions, dungeons, world events, free roam).

There is matchmaking for every activity in the game https://t.co/D32Ty8YCQ8

If you don't want to be matched up with a "bunch of randos," then don't worry. Ben clarified in a follow-up Tweet that the matchmaking will be turned on by default, but you can opt out if you wish.

Anthem arrives on February 22, 2019 for PC, PlayStation 4, and Xbox One. Four player online co-op is supported throughout the story campaigns, free world roaming, and challenge dungeons.