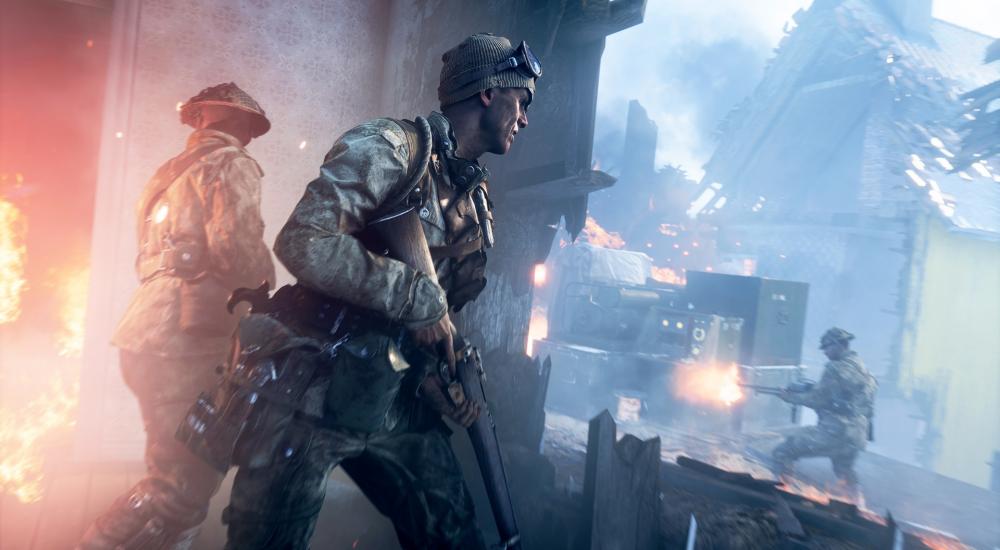 Battlefield V launched back in November 2018 with only a couple of the gameplay modes that were initially discussed/revealed with the latest entry in the Battlefield franchise. One of the modes that was missing was the cooperative "Combined Arms," which would let you team up with three friends to complete a mission. DICE finally announced a few days ago that that mode will finally be coming to the game as part of the "Lightning Strikes" content sometime next month.

Over on the PlayStation Blog, Jonas Elfving, one of the Writers at DICE, laid out all the content that's a part of this round of free updates for the game. The content is available starting today and includes a number of updates, tweaks, and new content/modes for the multiplayer side of things. On the co-op front, though, we're still not getting a ton of information other than, "it's coming out next month and we'll have more details soon." Cool?

Anyways, here's what Jonas had to say about Combined Arms:

When it comes to skill and squad play, the new co-op Combined Arms mode gives players the opportunity to work on both, with up to three friends. With endless variation regarding objectives, locations, and challenges, players can set their own difficulty levels and work on playing the objective, learning the subtleties of each of the Classes, and how best to work with your squad. It’s a perfect place for anyone new to the game to get the hang of the fundamentals or for vets to challenge themselves on hardcore. Battlefield V is available now on PC, PlayStation 4, and Xbox One. Four player online co-op will be supported in the "Combined Arms" mode when it finally gets added to the game. This mode will be added for free and does not require any additional purchases.