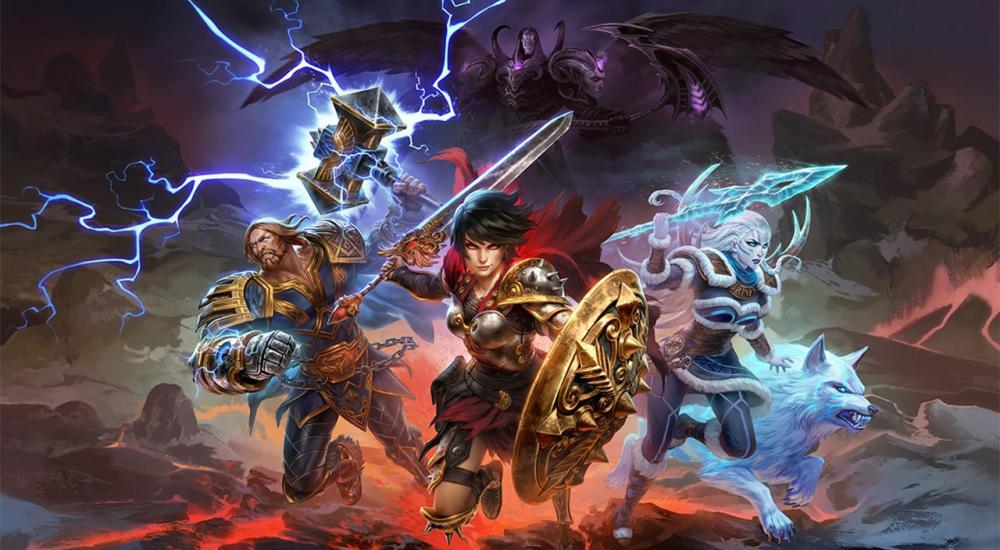 Earlier this week, Hi-Rez Studios released patch 6.1 for their third-person MOBA, SMITE. While there are a number of tweaks and fixes and other updates in this patch, the biggest feature is making the game cross-play and cross-progression across all platforms where the game is available: PC, Xbox One, and Nintendo Switch.

... Wait, sorry, my editor just handed me a note that says "SMITE is also available on PlayStation 4 and that version doesn't support any kind of cross-play/progression."

Alright, well, that isn't a big surprise, really. Sony has very reluctantly allowed cross-platform play/progression for titles like Fortnite and Rocket League, and more recently Dauntless, but those feel more like the exceptions to the rule than any kind of major shift for them. However, as more developers and gamers push for this "let us play with friends regardless of platform" kind of ideology with which Nintendo and Microsoft both seem to be on-board, it's likely only a matter of time before Sony jumps on the train, too.

With that little bit of editorializing out of my system, let's talk about the cross-play/progression for SMITE. There is a full FAQ over on their website that goes through all the ins-and-outs for what you need to do depending on platform, but the basic idea is that when you log into the game for the first time after getting this update, you'll be prompted with three options: link console to existing Hi-Rez Account, create a Hi-Rez account and link it to your console (this is if you've never touched the PC version), or skip altogether. Once things have been linked, you can pick and up play the game regardless of platform and you'll be able to access the Gods/skins you've unlocked on all platforms and other content. It will also pull in friends from your primary account's (or most active account) friends list, which you can then add to.

While SMITE is largely focused around the competitive PvP aspects, you can enjoy the game with four other friends in Bot matches, and there are occasional special PvE events in the game. Thanks to this update, you can now play with those friends regardless if they're on PC, Xbox One, or Nintendo Switch!