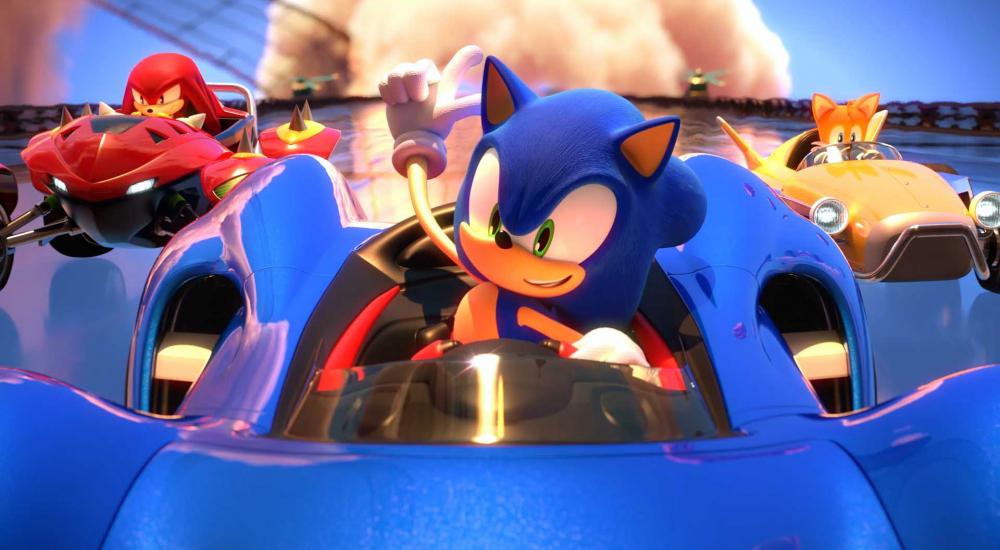 Slowly but steadily, SEGA has been detailing various aspects of the upcoming Team Sonic Racing.  With the May 21st release date looming on the horizon, we now have information on another of the game's tracks:  Frozen Junkyard.

Unlike the other revealed tracks, Frozen Junkyard is an original creation made specifically for TSR.  No prior level inspiration, no fan service, just pure, icy goodness.  Naturally, traversing the track isn't as simple as driving from point A to point B.  Among other things, you'll have to dodge a giant robot's laser beams while contending with enemy racers.  As with previous track announcements, an original song has been included as well.  Feast your ears upon the latest and greatest from Jun Senoue and Tyler Smith.

Team Sonic Racing will offer local co-op for up to four players on the Nintendo Switch, PC, PlayStation 4, and Xbox One.  As the name implies, it features a unique focus on team-based gameplay, wherein racers on the same team have a number of ways to work together beyond the basic kart racing mechanics.  See everything in action below: