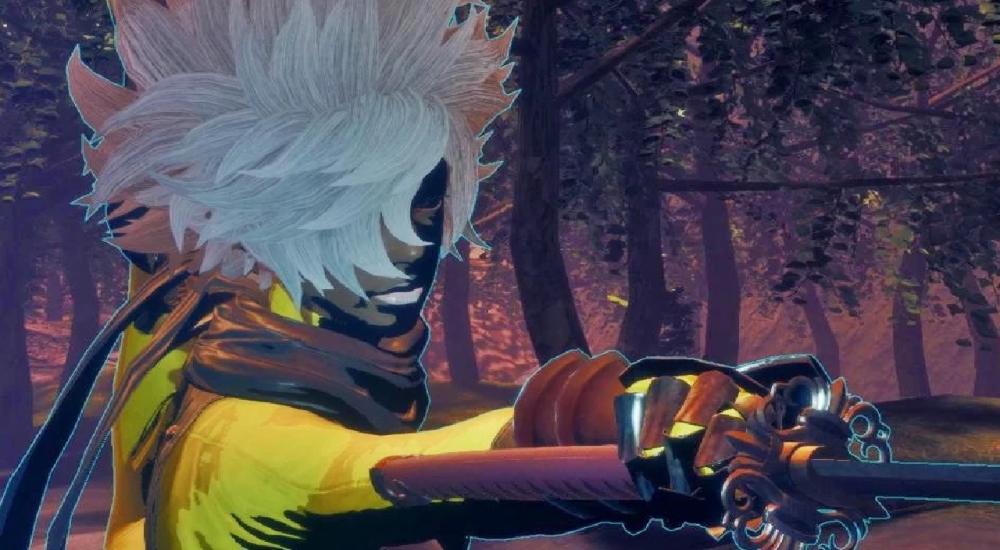 The first DLC pack for Travis Strikes Again: No More Heroes arrives today on the Nintendo Switch. This continuation of the No More Heroes franchise is kind of a departure from the past two entries, featuring a top-down, button-pressing, hack-and-slash adventure with everyone's favorite otaku, Travis Touchdown. The new paid content adds a new playable character, two new skills for that character, and a new text adventure.

The title of this DLC is "Black Dandelion," which is a reference to the new playable character, Shinobu Jacobs, a former member of the United Assassin's Association (UAA) and one of the few people Travis refused to kill as part of all that. She last made an appearance in No More Heroes 2: Desperate Struggle where she assisted Travis in climbing the UAA ladder by defeating two opponents for him, and then leaves after making a failed pass at him. Given that Travis Strikes Again is set seven years after the events of No More Heroes 2, but that it's not a direct sequel, it will be interesting to see what her role in all of this will be and whether she'll be friendly to Travis or not. It's worth noting that she is only playable after you've beaten the story.

The DLC also includes a new text adventure called "Badman Strikes Back," which possibly will relate to the new addition that was made to the game's introduction movie a week after it came out.

"Black Dandelion" is available for $3.99 all by itself, or you can pick up the Season Pass for $9.98 and get this plus the "Bubblegum Fatale" DLC (which is set to feature a playable Bad Girl) when it arrives on April 30, 2019.

Travis Strikes Again: No More Heroes supports two player couch co-op throughout the campaign, and you can check out our Co-Op Review of it here.