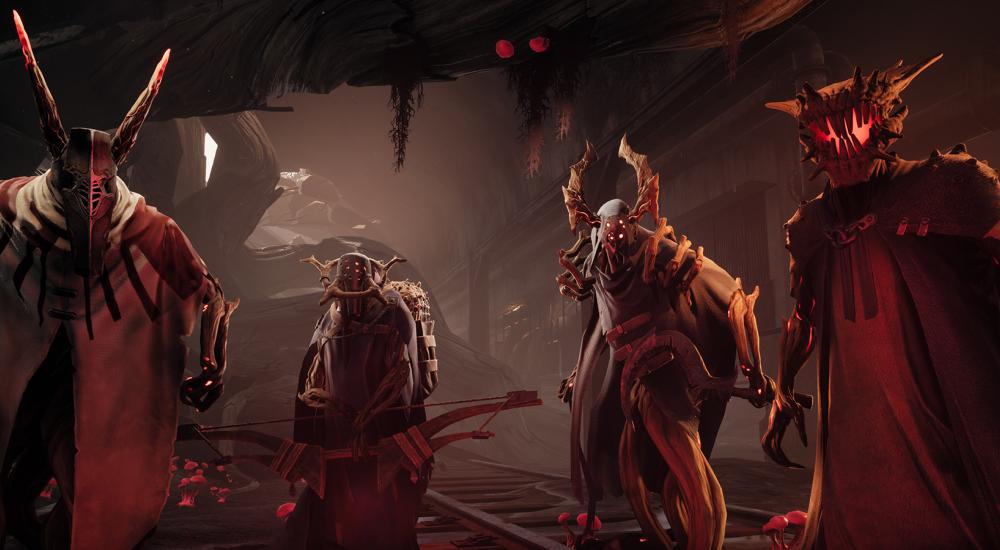 Gunfire Games' next title is a "third-person survival action shooter" that appears to blend looting, shooting, and crafting with a little bit of Dark Souls. Titled Remnant: From the Ashes, the game was first announced last July, but IGN recently go some hands-on time with it to show off the cooperative nature. I'm definitely liking what I'm seeing so far.

As Ryan McCaffrey covers in his preview article, Remnant: From the Ashes is a third-person shooter with RPG and rogue-lite mechanics. There are three different playable classes (Scrapper, Cultist, and Hunter) with different starting "templates," but they are fully customizable beyond that. Choosing what kind of weapons and mods you'll want to use will be part of the fun of the game, with the rest coming from the randomized nature of just about everything else. Levels, missions, enemies, and bosses will all be dynamically every time you play so you're pretty much guaranteed a different experience when you hop in with friends.

Remnant: From the Ashes will be out on August 27, 2019 on PC, PlayStation 4, and Xbox One. Three player online co-op will be supported in the game.