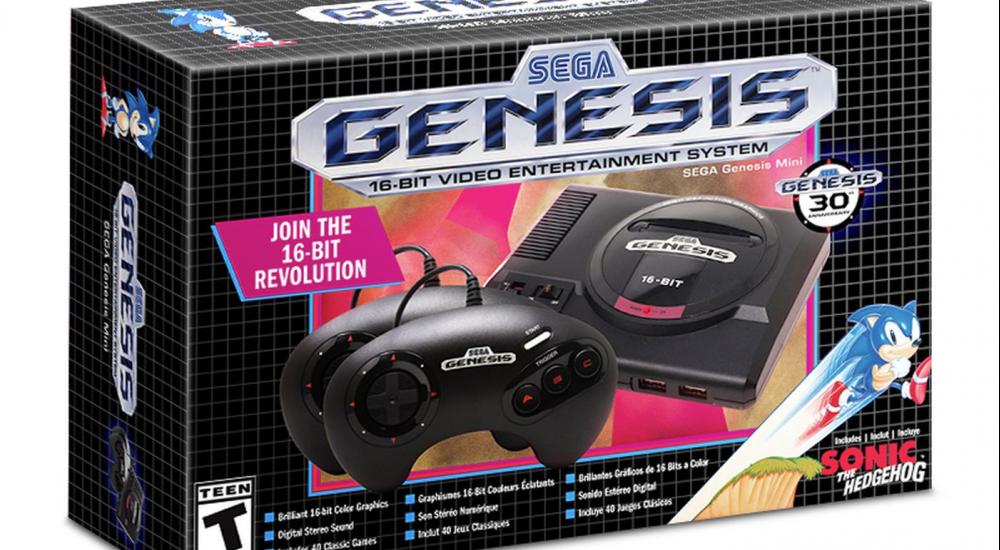 The Genesis Mini (or Mega Drive Mini for the PAL regions) includes 42 Sega games (it was originally 40), two 3-button controllers (the Mega Drive uses the 6-button ones), a USB power adapter, a power cable, and a HDMI cable. This particular little retro console was first revealed back in March with just 10 games announced at that time, but we've been waiting to see the full list of titles so we'd know just what co-op offerings they decided to toss in there.

Here's the full list of games with all co-op titles highlighted in bold:

I mentioned earlier "this particular console." The reason for this is that Sega announced a similar thing back in 2017 with AtGames at the helm for handling things on the emulation/software side of things, which wasn't met with waves of enthusiasm from the general gaming community considering how well that company did with the Sega Genesis Flashback HD. For this go around, the software/emulation is being handled by M2, who worked on the Sega Ages ports/remakes, which seems to have many folks pretty excited for this little bundle.

The Sega Genesis Mini will be released on September 19, 2019. If you're interested in picking up the Genesis Mini and would like to support Co-Optimus, you can head over to Amazon via this link and get it from there.