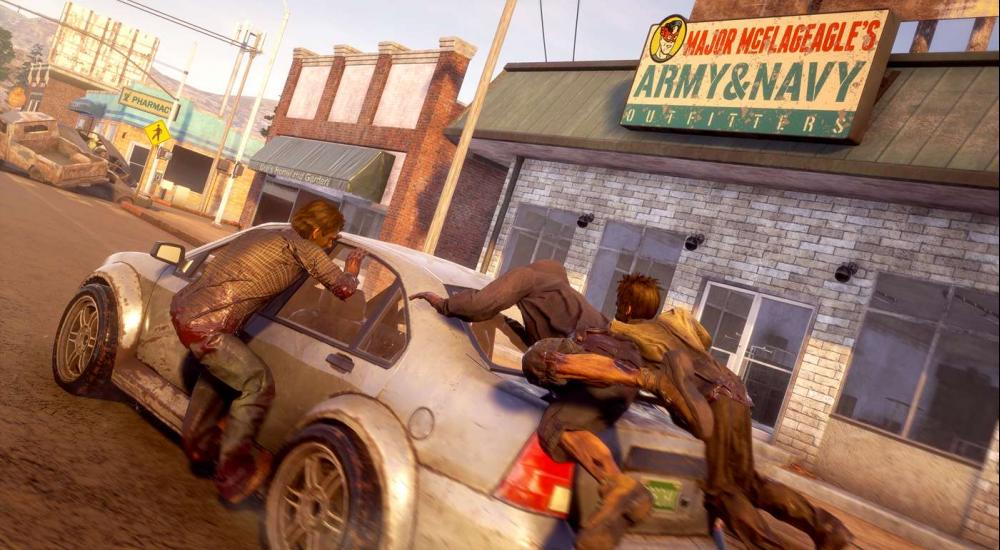 For almost a year now, State of Decay 2 players have fought tooth and nail to survive in the game's harsh open world.  If it were up to me, I'd say they deserve something nice for a change.  Thankfully, content update 8.0 has arrived, and with it comes the latest and greatest weaponry from... the Second World War.

Okay, we may be going back in time a bit with this latest update, but what the new weaponry may lack in technological advances, it makes up for in how goshdarn cool it is to fire a Thompson into a horde of the undead.

Specifically, players have access to 13 new weapons (9 of them are unique, 4 are variants).  Get the lowdown from the patch notes, below:

Alongside these fancy new (old) guns, update 8.0 also brings with it the ability to demote leaders, transfer items to base from a parked vehicle, and unload ammunition from weapons in your inventory.  Check out the details here.

Per Nick's review, we're quite fond of State of Decay 2 around these parts.  Us co-op enthusiasts were practically begging for a cooperative mode when the first State of Decay was released, so it was pretty exciting to see this wish fulfilled so effectively.  The game offers online co-op for up to four players on PC and Xbox One.