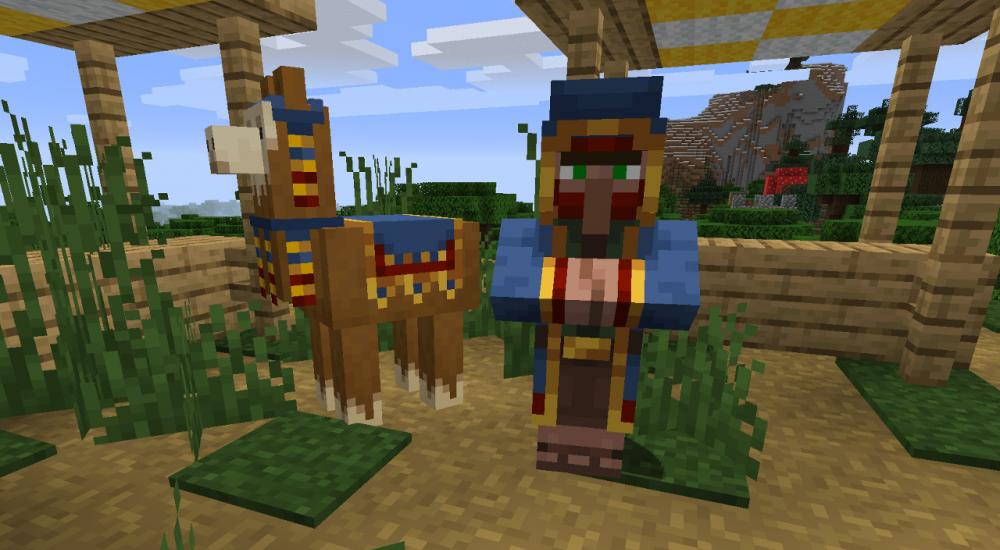 The studio behind Minecraft, Mojang, made a $10,000 donation in March to the Charity: Water, an organization that helps spread the ability to access clean water to people who have difficulty getting it. In April, Mojang promised to give more so long as “The Traveling Trader” map and skin pack was downloaded 10,000 times across the PC, Xbox One, Nintendo Switch, iOS and Android communities. Unsurprisingly this goal was ripped to shreds, as the map was downloaded over 10,000 times in 24 hours and has since passed 100,000 downloads. Thanks to this success, Mojang has donated another $90,000 to Charity: Water.

If you haven’t grabbed the map and skins pack you can still do so for free on any of the platforms noted above. Unfortunately if you own Minecraft on one of Sony’s platforms (PS3, PS4 or PS Vita) the map is not available, as the Sony platforms were never provided with the Better Together update that helped to synchronize the different platform’s communities. You can check out the video for the Traveling Trader pack below.

Personally I know I’ll be downloading this map. Even though I prefer to build my own worlds in Minecraft, the skins included are really cool so I’ll be swapping my usual Enderman in a Suit skin for one of those.

Will you be grabbing the map? If not, you need to let us know why in the comments below - get the pack, give to charity.