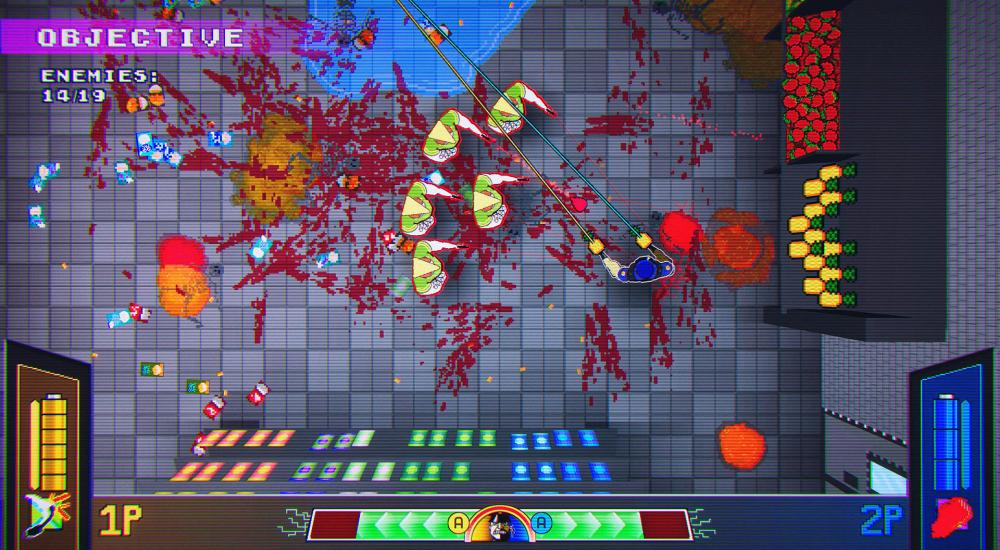 TwinCop, the upcoming twin-stick shooter from Finite Reflection, has received a new trailer in preparation for its soon-approaching May 10th release date onto the Steam store. The trailer can be found below and displays gameplay with which any twin-stick shooter fan should be familiar. However, this is not your average co-op, twin-stick gameplay. Per the game’s Steam description, “TwinCop is the most cooperative game, EVER. Play this action-packed, co-op, twin-stick shooter with your best bud or significant other. You and your friend are TwinCop: One player controls the right arm; the other controls the left arm; both of you control movement.”

Obviously we here at Co-optimus are excited about the release of “the most cooperative game, EVER”, because, ya know, it’s what we do. Past that, the game is steeped in 80’s neon, which leaves a cool, flashy feeling even from just watching the trailer. If you’re going to grab TwinCop make sure you have your controllers handy, as the game’s Steam page states that it only supports controller gameplay - no mouse and keyboard.

Will you and your favorite partner against crime be grabbing TwinCop when it releases May 10th, or are you on the other side of the law? Let us know in the comments below!