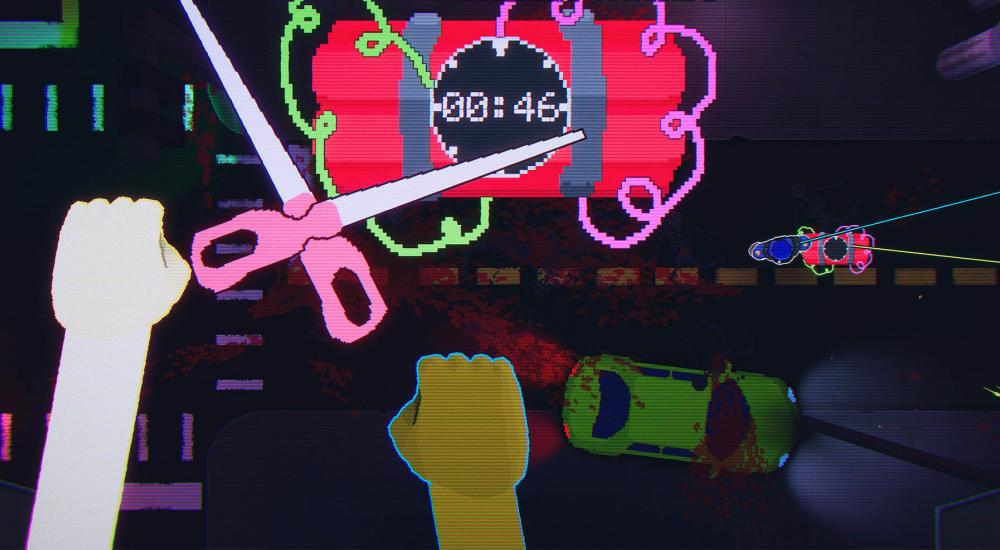 The bizarre, cooperative twin-stick shooter, TwinCop, will be making its way to the Xbox One next month. Finite Reflection Studios' "most cooperative game, EVER" will arrive on October 11th on Microsoft's console, and there's an update planned for both that version and the PC Steam version at some point.

The update will add "alternate modes of gameplay" and new maps for the endless/wave-based Arcade mode. No date has been provided for when that content will be added to the game and whether it will happen alongside the game's release on the Xbox One, or later. The title will also be headed to the PlayStation 4 at some point, and the developer has said they hope they "will be able to release [the game on PS4] as close to the Xbox release as possible."

TwinCop is currently available on PC via Steam for $15. Two player couch co-op is supported (and recommended) throughout.