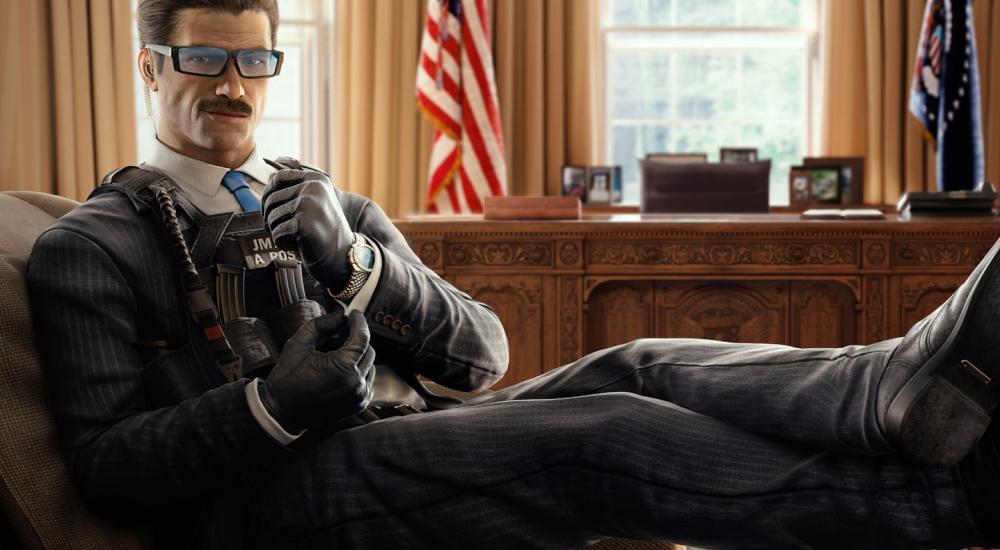 Last week, we touched on one of the two operators being added in this season of Rainbow 6 Siege's continuous updates.  Wouldn't you know it, Ubisoft has gone ahead and released a (relatively) lengthy gameplay video showing both operators in all their tactical glory.

Nøkk, who has already been teased, is an attacker whose focus lies in their ability to move about undetected.  This is presumably explained through some sort of Clancy-esque technological nonsense, but I like to imagine that Rainbow convinced an actual Scandinavian witch to join in on their CQC escapades.  On the more domestic side of things, the defending team is receiving Warden, a good ol' Kentucky boy with fancy glasses that let him see through flash grenades.

The gameplay of the above video takes places the Kafe Dostoyevsky map, whose rework also features in this season of updates.  This has probably been repeated ad nauseam at this point, but Ubisoft's dedication to rolling out both fixes and new content to their tactical shooter has been a joy to watch, especially when the game seemed to be forgotten by the larger gaming audience.

Rainbow 6 Siege and its five player online co-op can be played on PlayStation 4, Xbox One, and PC.