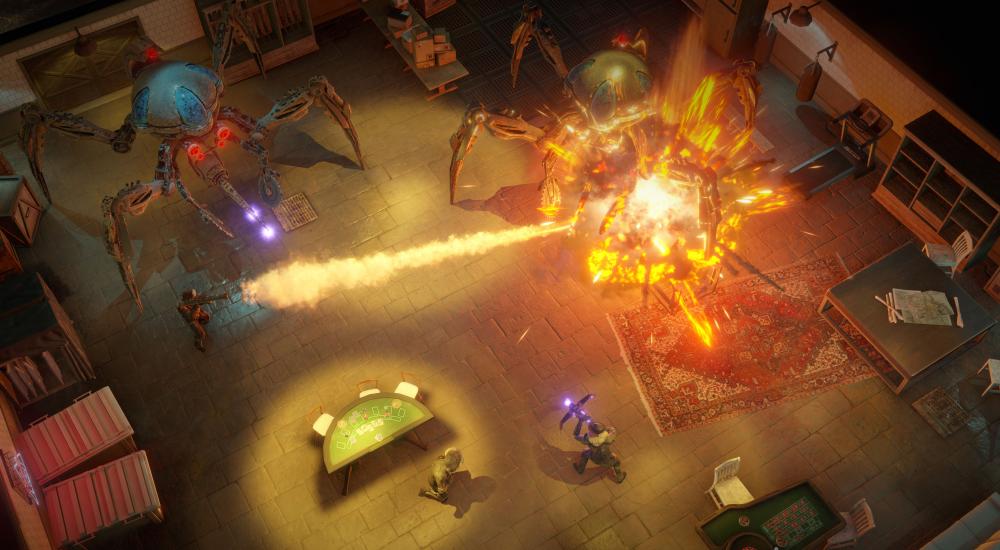 It's been almost three years since the news broke that Wasteland 3 from iNXile Entertainment would feature cooperative gameplay, a first for the series. Now we're getting our first glimpse at the strategy RPG game in action and...it looks fantastic.

Wasteland 3 was being funded on "Fig" - an online service similar to KickStarter. The game shouldn't be much of a surprise as such. It's good to finally see what the team has put together - in both the tone and presentation.  The title, set to be released on Xbox One, PS4, and PC promised a "story-driven synchronous or asynchronous multiplayer" as well as diverging paths and "choices (that) open up (or close off) mission opportunities, areas to explore, story arcs, and lots of other content."

The game sounds promising and we can't wait to see what it holds come Spring of 2020. When it launches it'll feature two player online co-op play. Be sure to stay tune to all of our coverage of the co-op games at E3 2019.