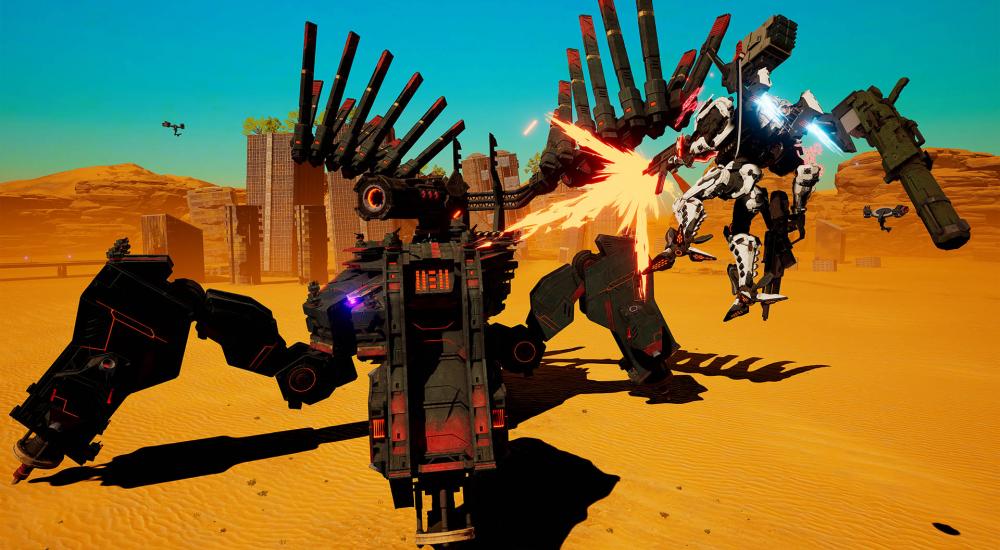 E3 news is coming hot and heavy this year, but between the waves of Keanu memes and screaming audience members, we also got a slew of new information on Daemon X Machina.  The third person mech shooter entranced audiences when it was first revealed at E3 2018, but outside of some initial gameplay impressions, details on the title had been light.

First and foremost, this year's presentation delivered a release date, which is September 13th, 2019.  The accompanying trailer, which you can watch below, also showed off some snippets of story and gameplay footage, set to the riffiest of guitar riffs.

Later on in the conference, Nintendo took a bit of time out of their continuous Treehouse coverage to dive a little deeper into what makes Daemon X Machina tick.  Specifically, the game's four player online co-op got some attention.

It's a pretty lengthy video, so if you're short on time, here are a couple co-op highlights:

I don't know about you, but I am beyond ready for anime one-liners and some of that sweet, sweet mech-on-mech action.  Is there any way for humans to hibernate for three months?