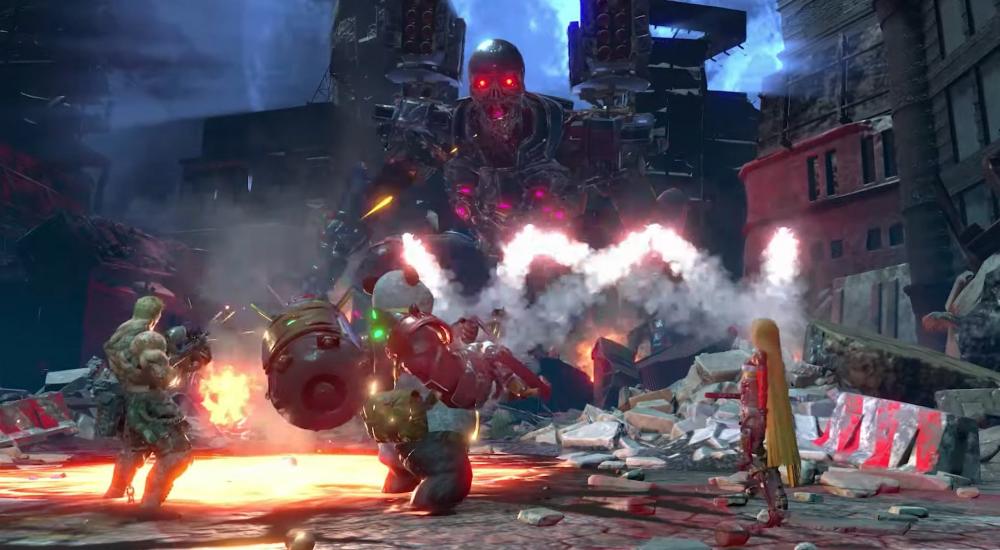 Here's an interesting thing to come out of E3: Konami is releasing a new Contra. CONTRA: ROGUE CORPS appears to be a sort of sequel to Contra III: Alien Wars, which you can now enjoy for the first time or all-over again in the Contra Anniversary Collection, as the official background for the game reads "two years after the Alien Wars had ended..." and the game's director is Nobuya Nakazato, who was also the director for Contra III and Hard Corps. Regardless of where it falls within the larger Contra canon, the game looks... pretty... interesting.

While it looks like there are still some run-and-gun elements to Rogue Corps, the side-scrolling action that's been a hallmark of the series has now shifted to behind-the-back, third-person, twin-stick shooting. It's a shift that probably makes the most sense in the realm of "how do we make a mordern Contra?" but one that's certainly a little surprising when you taking into account how many run-and-gun shooters are out there now that attempt to capture what made those original games so fun. You'll be able to play as one of four different characters (Kaiser, Hungry Beast, Mrs. Harakiri, and Gentleman), each with their own unique skills and special attacks, and you'll also be able to team up online with three other players to take down the "Ruthless Fiends" that inhabit the "Damned City."

One quick note about the co-op options: the Nintendo Switch version will also support four player co-op via the local wireless LAN option. All other platforms will be four player online co-op only (no couch co-op this time, it appears).

CONTRA: ROGUE CORPS arrives September 24, 2019 for the PC, PlayStation 4, Xbox One, and Nintendo Switch. If you're interested in picking up the title and would like to support Co-Optimus, you can follow this link to Amazon and order it there.