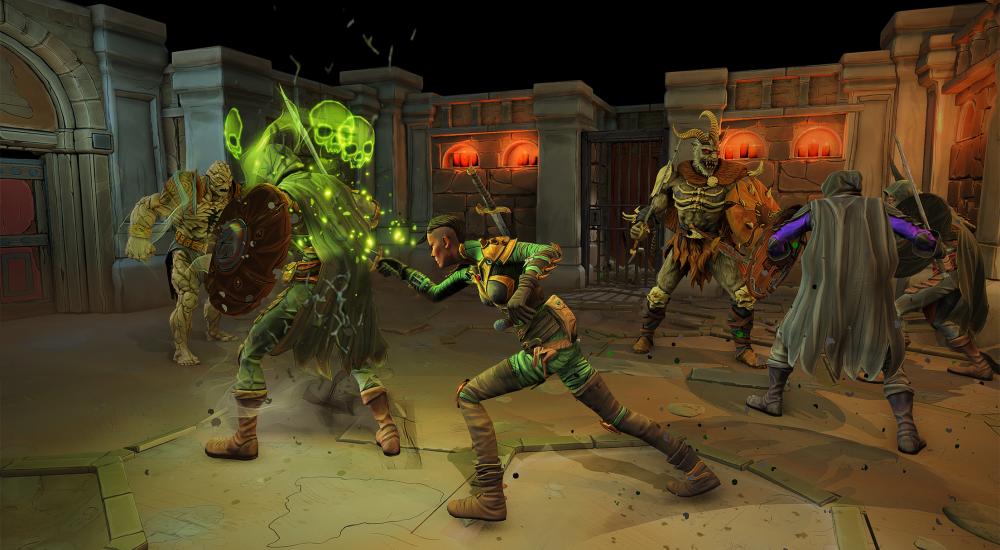 Looking for a way to enjoy a popular board game without having to worry about painting a bunch of figures and coordinating a time when three of your friends can come over for a whole afternoon? You're in luck! Gloomhaven, a digital adaptation of the game developed by Flaming Fowl Studios and published by Asmodee Digital, is arriving in Steam Early Access on July 17.

This version of the title has been in development for some time, but it wasn't until recently that the devs confirmed there would be co-op in this dungeon-crawling, tactical RPG. The way it works is that the host will invite other players into their game and assign one character to each player (four players max in one game). If you don't have enough players for all your characters, then the host will control the remaining ones. It's worth noting that while there is character progression in some of the game modes, all of this will be tied to the host's account; you are going on an adventure after all.

You can check out the first four characters that will be included in the game when it hits Early Access in a few weeks' time in the new trailer below.

Gloomhaven will be available via Steam Early Access on July 17, 2019. Four player online co-op will be supported in a variety of game modes.