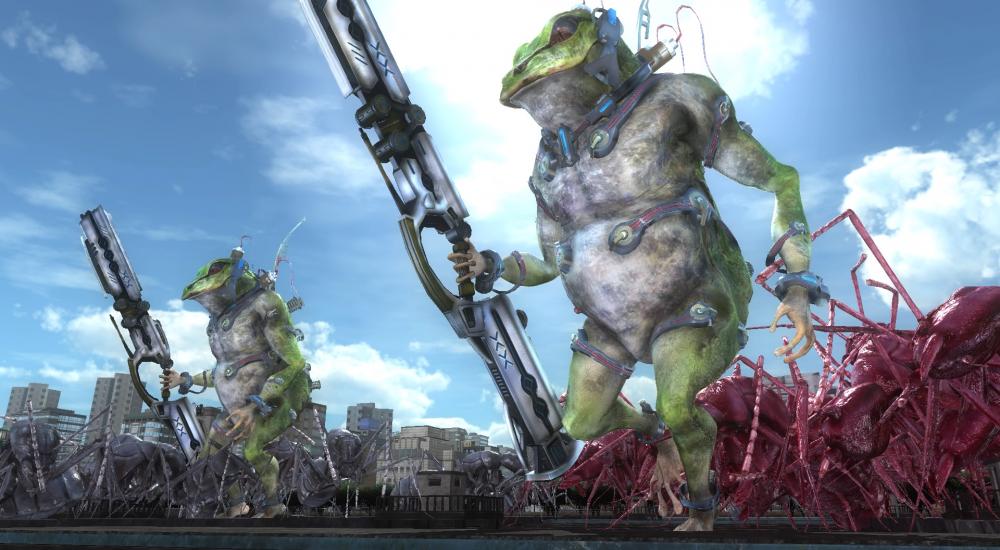 When Earth Defense Force 5 launched on PlayStation 4 last year, PC gamers immediately began to ask when the game would be coming to Steam. The previous two EDF games, Earth Defense Force 4.1 and Wing Diver the Shooter, both arrived on PC after first launching on Sony’s console, after all. Now those PC prayers have been answered, because EDF 5 is finally available on Steam.

Earth Defense Force 5 is a reboot of the series that depicts humanity’s struggle against the first alien invasion of Earth. The invading army still consists of gigantic ants, spiders, and other insects, but those drones are now commanded by giant frog-men and other humanoid aliens. These aggressors show visible damage when attacked and can even be blown apart limb by limb, one of EDF 5’s many new features.

Players will select from the standard four EDF classes: Ranger, Wing Diver, Air Raider, and Fencer. All have received tweaks and upgrades that make them more effective and fun to play. The weapons and loot systems have been upgraded as well, making the farming and grinding of this installment’s 100 missions and five difficulty levels more rewarding than ever. Naturally, EDF 5 supports 4-player online co-op and 2-player offline split-screen multiplayer – always a welcome feature in PC games. See our PlayStation 4 Co-Op Review for more details.

Earth Defense Force 5 costs $59.99 on Steam, but you can get it for 20% off during launch week. If the Steam version is anywhere near as good as the PlayStation 4 game, PC gamers won’t want to miss it!