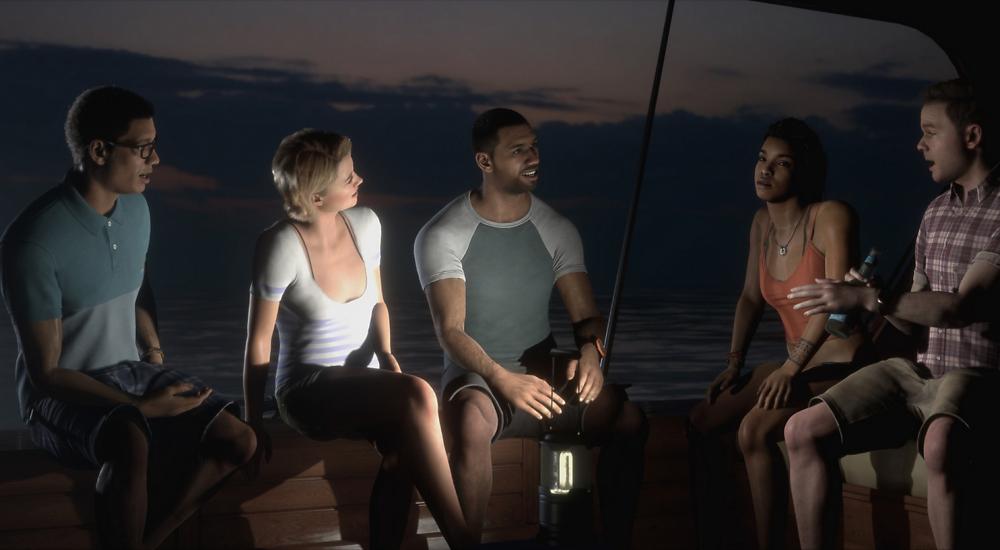 SuperMassive Games, best known for  Until Dawn, teamed up with publisher Bandai Namco last year and announced a new anthology of titles that would be in that same "interactive drama horror" genre. The full anthology is referred to as "The Dark Pictures Anthology" and the first of these, Man of Medan, is slated for a release at the end of August, and it was recently revealed that the game will feature two different co-op modes to enjoy with friends.

In both modes, you'll be able to play through the entirety of the story with a buddy (or four). The "Movie Night Mode" brings back the days of "pass the controller co-op;" you and up to four of your friends can all sit on a couch and take control of a specific character in the story. When the action shifts to one of the five characters, you'll pass the controller to the person that's assigned that character and they'll play until it shifts to another character so they'll pass the controller to that player, and so on. The "Shared Story" mode lets you and a friend connect online to play through the entire story with each person seeing some part of the story from the perspective of different characters. It's worth noting that the decisions made by characters during the course of the game will affect who lives and dies, so your co-op partners may inadvertently kill of your character.

There are a few different gameplay capture sessions out there that shows off what the "Shared Story" looks like, but here's one from IGN that displays both players' perspectives side-by-side.