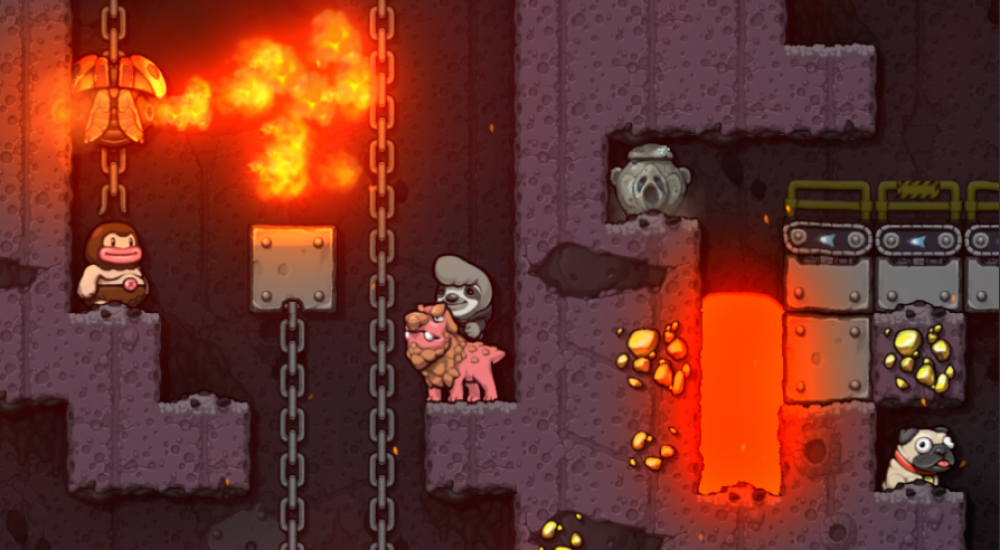 The upcoming Spelunky 2, which was set to release later in 2019, has been delayed. According to the game’s developer, Derek Yu, the sequel to 2008’s Spelunky is requiring more time as “the density and detail of the game is demanding more time.” This may come as a shock to some, considering how simple Spelunky seems on the surface, but due to the few details that have come from Yu up to this point there is no way to know what components of the sequel will be getting the extra time.

Spelunky 2 has been confirmed for PlayStation 4 and PC for an initial release and may see other consoles at a later date as the original Spelunky came to PC, Xbox, Vita, and then the PlayStation 4, in that order, across 2008, 2012, 2013, and 2014, respectively. If you have not checked out the original Spelunky, you can read our review here where we said that “overall, Spelunky is a charming, fun, and addictive platformer with tons of replay value.“ Yu’s tweet that announced the delay can be found below.

Hey, Spelunky fans! Unfortunately, I don't think we're going to get to release Spelunky 2 this year. Development is still going well and we're not far off target, but the density and detail of the game is demanding more time.

Thank you for your patience. pic.twitter.com/BJvsHUWAY0

Does this news stop your interest in the Indiana Jones inspired cave exploration, or are you just happy that the sequel will be getting the time it needs? Let us know in the comments below!