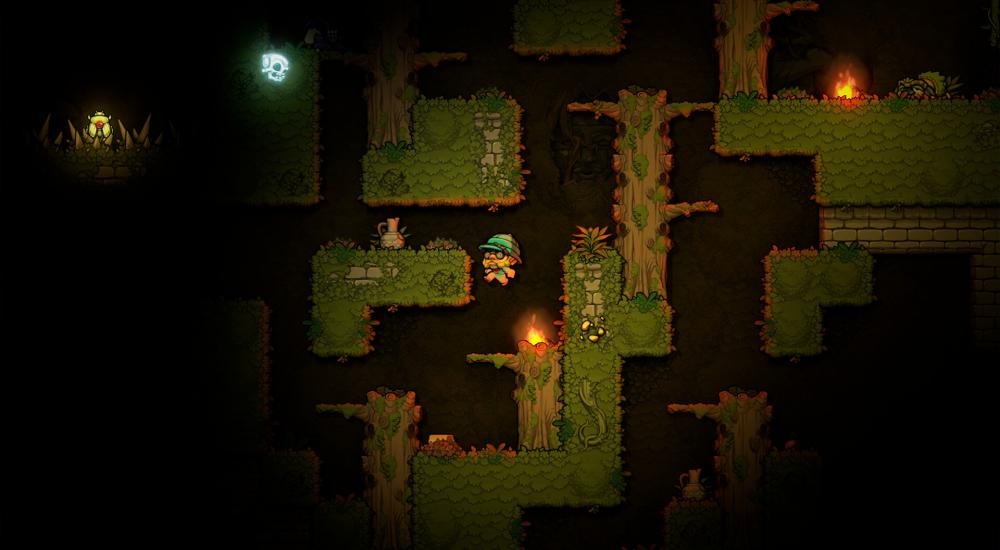 According to a recent post on the PlayStation Blog, Derek Yu and team are still hard at work on Spelunky 2, their follow-up to the extremely popular roguelike platformer, Spelunky.  In short, the update reiterates that they're adding more variety to the game in the hopes of giving us all new ways to di-... er, interact with the levels.

Details on specific mechanics (and a release date) remain scant, but we were fortunate enough to see multiple new screen shots of the game in action. Spelunky 2 certainly remains recognizable to fans of the original, but even at a glance, you can tell the extra depth being added to the sequel. I, for one, am very excited to interact with my new walrus brethren in the depths of the moon. Derek also mentions in the blog post the additional work they've put into the sound design (a key part of the game), the Deathmatch mode, and the UI.  All in all, Spelunky 2 seems to be shaping up nicely, but we'll hopefully get a better feel for it in the near future.  When it is released, the game will support online and local co-op for up to four players.