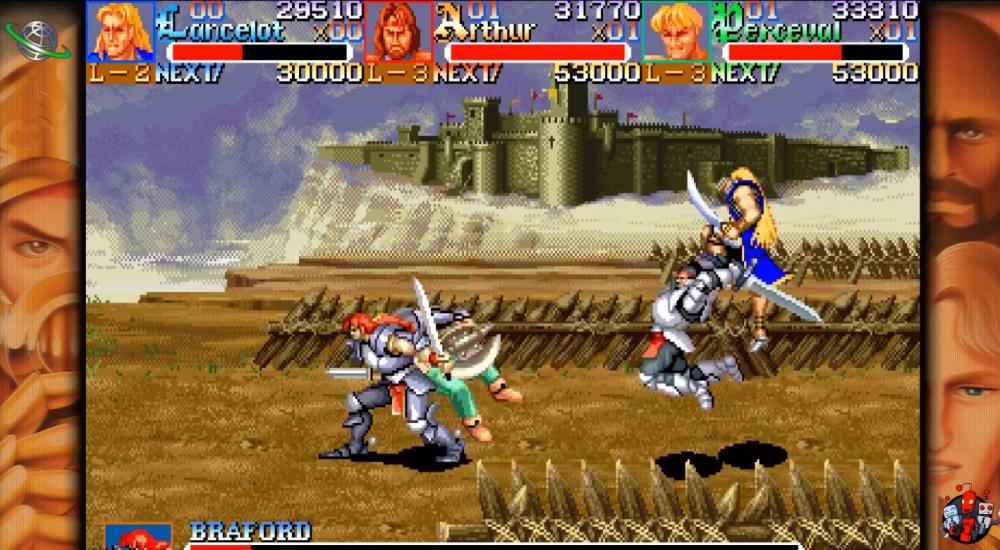 The hordes of generically named bad guys we're no match for these three middle aged dads. Mike, Nick, and Locke dove into Capcom's 1991 classic arcade game, Knights of the Round as part of the Capcom Beat Em' Up Bundle and took our quarters from start to finish.

We landed in on the Japanese version of the game as our mode of choice. Along the way we learned that gaining experiencing makes you dress better, the game actually has a parry mechanic, and none of us knew enough Japanese to get through the cut scenes. Perhaps the best news was just how solid Capcom's Beat Em Up Bundle performed in 3 player online co-op - including drop-in and drop out support!

You can watch the entire stream recap below.