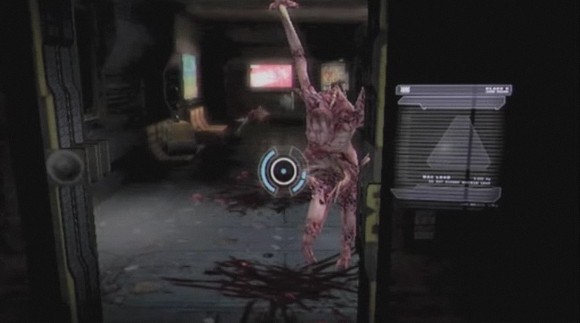 Dead Space Extraction has us intrigued.  First of all, the previous Dead Space game was fairly well received, though unfortunately it was single player only.  Secondly, the announcement of the game was a bit unclear.  Was it a straight port of the previous game?  Could the graphics capabilities of the Wii keep up?  Finally, Dead Space Extraction was revealed as a two person co-op "on the rails" style shooter.  This announcement caused some controversy, and many lost faith that Extraction would live up to the quality level of the first game.

To us here at Co-Optimus, co-op can cover up many ills, and we expect the experience of prowling around in a dark spaceship corridor, being hunted by horrific alien life forms, with a friend at your side, will be quite enjoyable.  And judging from an IGN video, which we have available for your viewing convenience after the break, the game looks suitably awesome.  Bits and pieces of actual gameplay footage are interspersed with a producer interview.  Check it out, and let us know what you think!