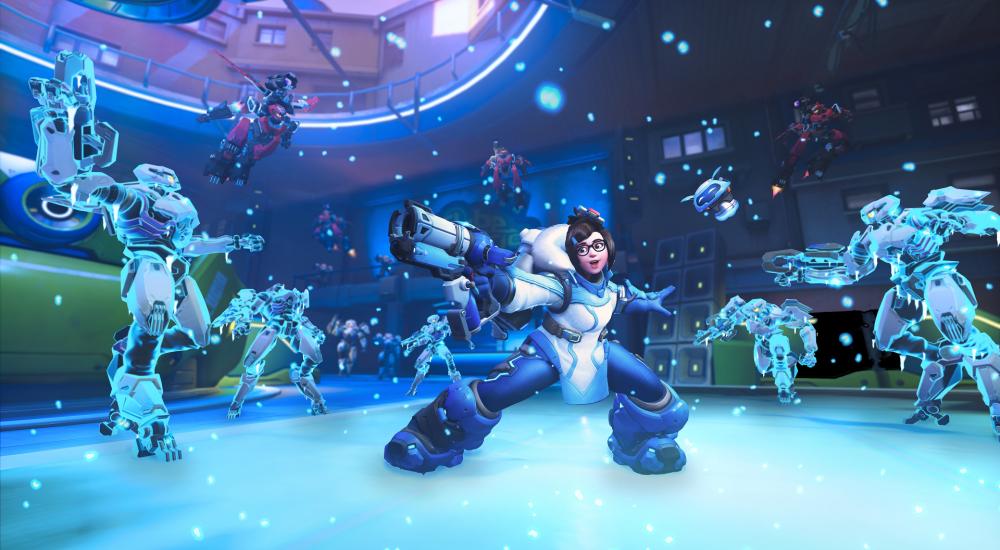 Blizzard held its annual convention, aka BlizzCon, this past weekend and had a couple big co-op announcements. The first of these is Overwatch 2, which will be heading to PC, PlayStation 4, Xbox One, and Nintendo Switch sometime in the future. While there are some visual and gameplay tweaks, the part we're most interested in are the new PvE Story and Hero missions.

Story and gameplay come together in co-op Story Missions, where players will be able to have an active role in the next chapter of the Overwatch saga through a series of intense four-player missions. The selection of heroes in each Story Mission is specific to the objective, so players will be able to experience a thoughtfully crafted narrative experience. Story Missions will also feature pre-game and post-game cinematics to further immerse players in the rich world of Overwatch.

In addition to Story Missions, Overwatch 2 will introduce co-op Hero Missions, where players will be able to answer the Recall as any of their favorite heroes. In Hero Missions, players will travel to varied locations in the Overwatch universe and level up their heroes by going head-to-head with enemies like Null Sector, Talon, and perhaps even others who have yet to be revealed. Objectives on each map vary, offering hours upon hours of replayable content.

As players level up their heroes by tackling Hero Missions, they will unlock talents: powerful, customizable modifications to a hero’s abilities... Talents allow progression for every hero on the roster, giving players the opportunity to branch out, customize their play experience, and feel overpowered as they tackle missions.

The "Story Missions" sound very reminiscent of the special event missions we've seen crop-up from time-to-time in Overwatch. Putting them into the game as a regular thing, which could be expanded upon as time goes on, is definitely a selling point. While none of us on staff are by any means good Overwatch players, those missions were always fun to hop into and try out.

The "Hero Missions" sound intriguing, particularly the character progression part, and the thing to do once you've made your way through all the Story Missions and are looking for a new cooperative challenge. Part of the fun of this mode will no doubt be figuring out the ideal talents/abilities to use with different characters.

Of course, matches vs. A.I. bots will also still be a part of the game, so you can also get a group of friends together for some "comp stomping."

No release date has been revealed for Overwatch 2, though it will be coming to the Nintendo Switch, PC, PlayStation 4, and Xbox One. Also, if you're a fan of the original Overwatch and played a ton of it, you'll be able to bring all your skins, emotes, player icons, and other cosmetics will be brought into the sequel.